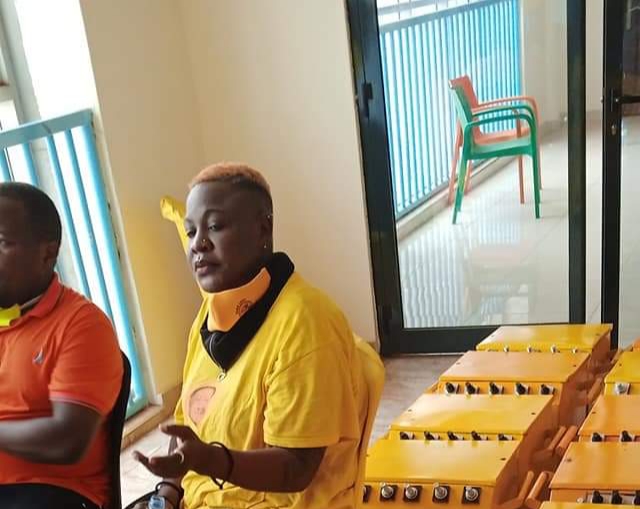 Sources say that Full Figure arrived at the polling station at exactly 08:00hrs in the morning to disrupt the voting exercise after realising that the NRM candidates were to miserably lose to NUP. It is also said that she started dishing out UGX 10,000 to each of the youths in a bid to influence them into supporting the NRM candidates. “She arrived in her usual wigs and unmatchable make up and started dishing out shs 10,000 to each voter before NUP supporters pounced on her,” says Nakibuuka Angella who was present at the scene. “We peacefully asked her to leave and she started pelting insults at the peaceful voters before they forced her away from the voting station,” she adds. Her plot would later be foiled with people rejecting her presence at the polling station. She was forced off by her CT Police escort who advised her to abort her entire plan.

From her defection from the People Power movement to NRM, Jennifer Full Figure life has never been the same for this fading legendary musician. Full Figure has faced her worst moments in time as a member of NRM that when she used to associate with People Power. She became a public nuisance and subject of humiliation to the party goers who derived pleasure from pelting plastic bottles at her and forcing her off stage in times of concerts. The faded NRM mobilizer attracted sympathy from Museveni who awarded her a small operation office and an undisclosed monthly wage plus an armed CT Police officer to guard her 24-7. She has since heightened her attacks on the person of Robert Kyagulanyi Ssentamu though her reprobatic behaviour does not attract a word from her subject of abuse.