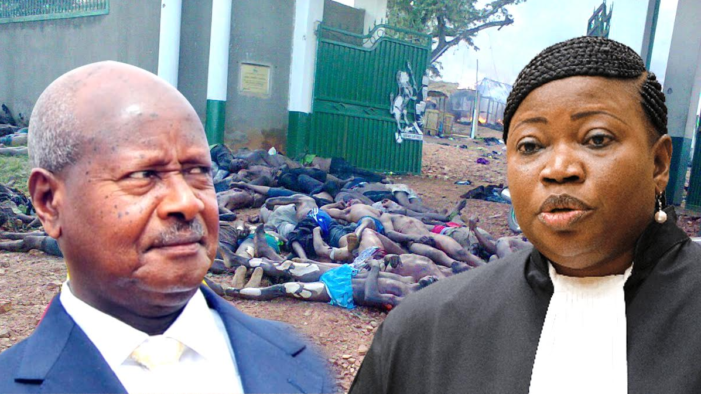 A section of NRM supporters under their ‘Citizens Concern Uganda’ pressure group in Jinja have this morning expressed their interest in the enactment of laws that will shield incumbent Yoweri Museveni from indictment in case Bobi Wine takes over as the president. Although Bobi Wine clearly stated that he would exonerate and pardon Museveni in case he replaces him as president come 2021, the NRM youths feel that’s not substantial enough to grant the 76 year old leader enough immunity.

The NRM youths cite reference to the Sudan where the former president Omar Al Bashir still faces trial. “It is unfair for a leader who gave all is life to be forced into a court dock over crimes committed while serving as president,” says one of the NRM youths. “Museveni liberated this country and today we are enjoying the peace he gave us. Why can’t we retire him peacefully without trying him in the courts,” he adds.

Experts however warn that if such a law is put in place, incumbent presidents will be immune enough to commit as much offences as they can. “No way, that means more injustices will be done by such leaders knowing that nothing will be done to them even after leaving power. I don’t know if at all some people first think about the country first before bringing their nonsense for individual benefits? Even in heaven, we have to pay for our actions done on earth,” says Gertrude Kiconco.

For all his stay in power, President Museveni has been at loggerheads with the International Criminal Court over the atrocities he has committed as the serving leader of Uganda. On several occasions, an embittered Museveni has described the ICC as a ‘bunch of idiots’ and even threatened to withdraw from being a member of the ICC as per the Rome statute. Museveni’s rule has been characterized by gross human rights violations, arbitrary arrests of the dissent and murder of political opponents. In 2016 after the November Kasese palace attack, the Rwenzori MPs led by the then Leader of opposition, Winnie Kiiza filed a petition in which they wanted the ICC to try Mr. Museveni as the Commander in Chief of all armed forces in Uganda and some UPDF officers directly involved in the massacre. To date, the case remains pending with Museveni shielded by his position as the president of the Republic of Uganda.