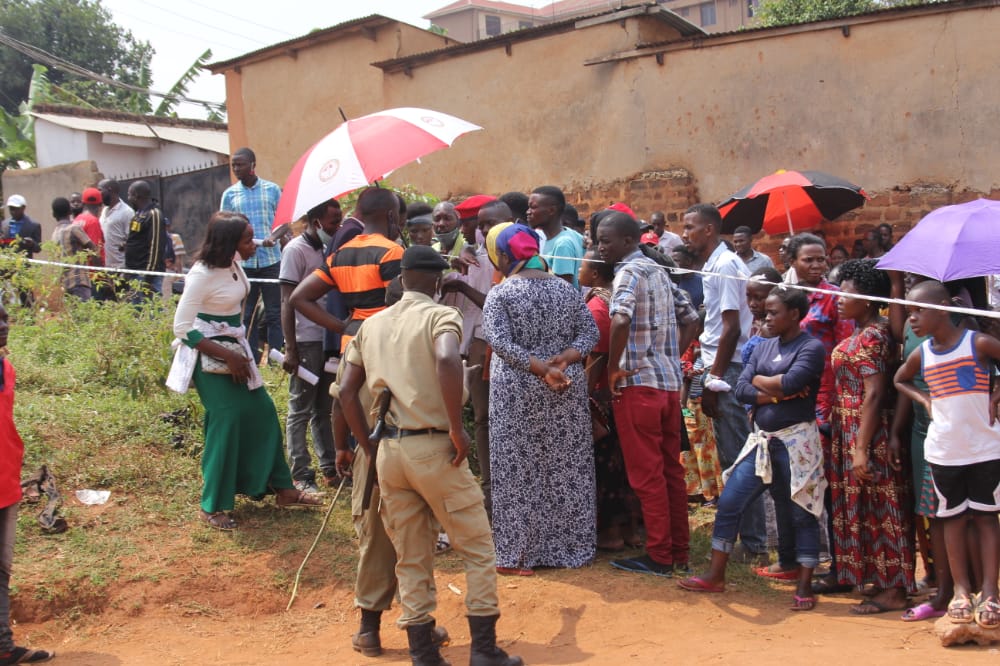 The ongoing Youth Elections have been marred by chaos, violence and intimidations with state using coercive measures to scare off the National Unity Platform supporters who have lately exerted unprecedented pressure. Reports from Kiyaga Zone in Bwaise I, Kawempe division indicate that the elections have been marred by chaos as errant police officers connived with the Electoral Commission to declare fake results in fa our of the NRM candidates.

One of the police officers ordered the Electoral Commission polling agent to declare that the NRM candidates have won something that was widely disputed by supporters of the NUP/PP. Out of anger, the police officer attempted to shoot at the rowdy crowd prompting resistance as youths ganged on him and forcefully confiscated his gun as he attempted to fire live ammunition.

Julian Kajubi, a the flag bearer of the National Unity Platform in Bwaise I village says the police officer colluded with the EC agents to declare false results. “I won the elections with a large margin. Surprisingly, the shameless officer ordered the polling agents to switch my results and gift them to the NRM candidate who had lost,” he adds that,”We rallied ourselves to reject the results and the unruly officer attempted to open fire but my supporters overwhelmed him and confiscated the gun.”

Joachim Kimera, the area LCI chairman regrettably confirmed the incident and said he would follow up the matter. “It is unfortunate that this errant officer tried to shoot at the people. I will follow up the matter and see that he gets punished for his behaviour,” Kimera told the media. “I have the gun with me as the exhibit,” he further exclaimed as he showed the fire arm to the swipe of journalists.

Hadija Muduwa the area councillor for Kiyaga zone condemned the police for meddling into the youth elections. “Police is supposed to provide security. Not deciding who has won and who has not. They are not supposed to be partisan,” she says.