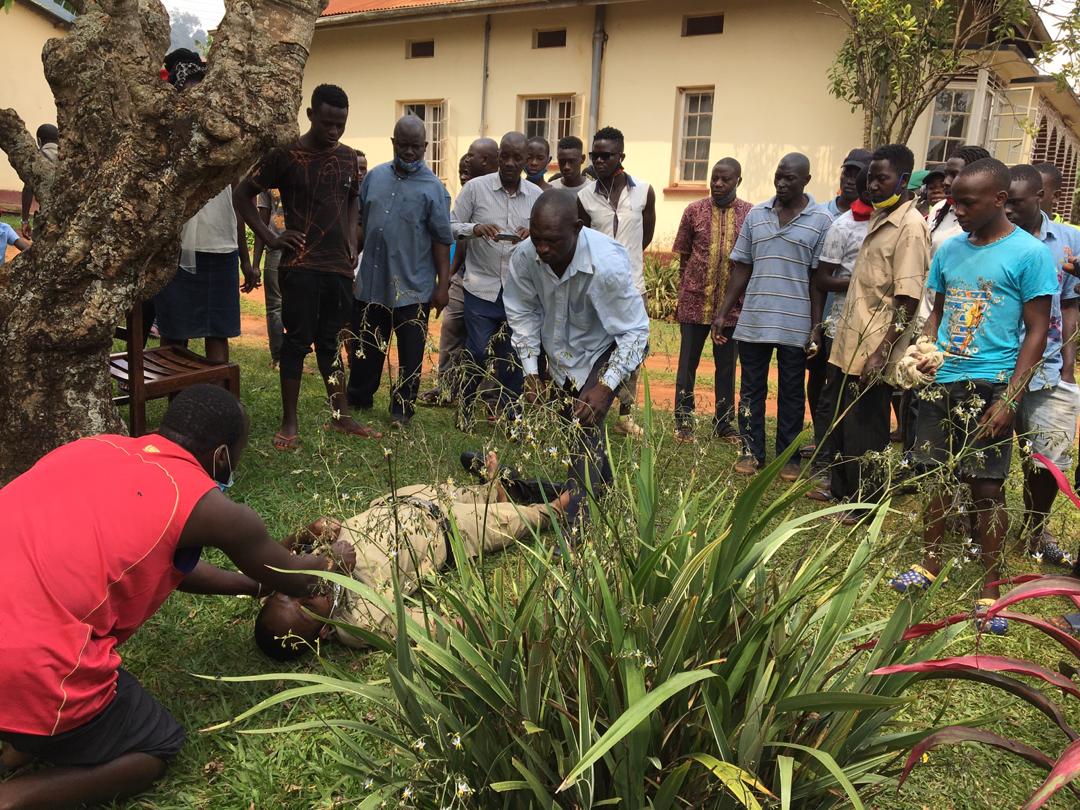 A yet to be identified police officer has fainted at a polling station in Buggala village after realising that all candidates contesting under the National Unity Platform were leading the polls. It is said that the officer frequently shouted at voters asking them to at least vote for some NRM candidates but all this fell on deaf ears.

According to reports, the police officer first tried to contest the results claiming that NRM candidates were not fairly treated by the voters who were strictly lining behind the NUP candidates. “He has been complaining since morning about how voters prefer NUP candidates yet NRM also had contenders in the elections,” reveals a source in Buggala. “On realizing that all NRM candidates were trounced by NUP/PP contenders, the officer lost his cool and eventually blacked out,” adds the source. The results are as follows;

Elsewhere, candidates of the National Unity Platform are leading the polls. Village after village, winners are attached to the NUP party.

Reacting on the preliminary results, the National Unity Platform Executive Secretary, David Lewis Rubongoya hailed the Kyadondo East legislator and presidential hopeful, Robert Kyagulanyi Ssentamu for initiating a new phase that has seen youths actively taking part in the polls unlike in the past when the NRM would win these structures. Lewis writes, “Seeing youths line up in large numbers to vote is very satisfying. Previously, youth elections just passes until the Kyagulanyi factor.”

Elsewhere in Makindye, NRM artiste and mobilizer, Jennifer Nakagubi alias Full Figure has been chased away by voters after attempting to dish out UGX 10,000 to lobby for support to the NRM candidate. More details coming in the next bulletin.