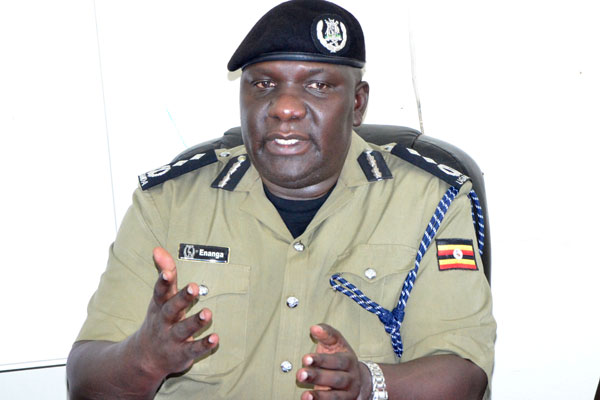 The Uganda Police Force has issued a stern statement warning members of the National Unity Platform to desist from provoking members of armed forces as this is likely to attract a ‘reasonable’ force.

In the statement published this evening, the police have confirmed that their officer was disarmed by six individuals alleged to be members of the NUP party. The force has since instituted a probe into what exactly happened and an arrest warrant for the chairman and the six colleagues has been issued as narrated in the press release below;

We have watched a video circulating in the social media of our officer who was disarmed by a local leader in Kawempe Division Kampala with dismay.

This shocking incident happened today during the youth elections at Kiyaga Zone Bwaise I, Kawempe Division, Kampala City during the declaration of results where National Unity Platform (NUP) candidate had got 21 votes against National Resistance Movement (NRM) 09 votes.

The Youth started agitating that there was a likelihood of declaring the NRM candidate as the winner.
They turned to the police officer Cpl Jack Rutabaleka, who was providing security at the venue and started insulting him. Then six men came from behind and grabbed him unaware, in the process the Local Council I Chairman of the area Joachim Kimera came and disarmed him.
This was a planned move by the chairman and the six men.
After removing the gun from the police officer, the chairman ordered the six men to run away.
After their escape, the chairman returned the gun to the officer.

The officer did not want to cause commotion at the venue since he was alone at that time.

He called for reinforcement to have the chairman arrested but he too had disappeared.

Police have opened up a case of assault and disarming a police officer on duty at Kawempe Police Station.

We are now looking for the chairman and the six suspects to arrest them for committing an offence.

We want to send a strong warning to members of the public to desist from a criminal act of disarming security personnel on duty.