Ssenyonyi, several others arrested as state resorts to intimidation 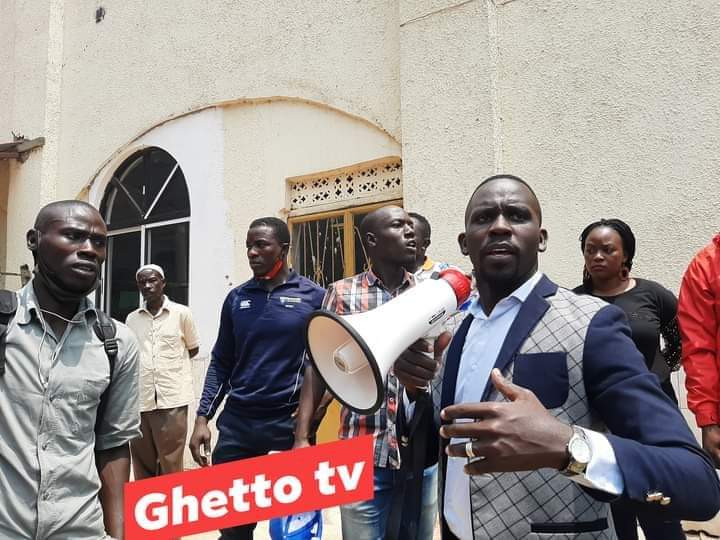 We have reliably learnt that the National Unity Platform party spokesperson and Nakawa West MP hopeful, Joel Ssenyonyi has been arrested this morning.

According to reports, Ssenyonyi had arrived to mobilize Naguru youths to support candidates of the NUP party before envious police officers violently dragged him away and drove him off to Old Kira police station.

Also among the arrested was the presiding officer at Naguru polling station who tried to intercept the police from inhumanely humiliating a full spokesperson of Uganda’s leading liberation front. The police have not yet communicated why they are holding Joel Ssenyonyi in custody. We’ve contacted the NUP/PP secretariat for a comment on the matter and they acknowledged the arrest but said they are closely monitoring the situation and are yet to make a thorough follow up on all NUP people who’ve been arrested.

The state has resorted to unleashing coercive measures to counteract the rise of the National Unity Platform. What has manifested in today’s Special Interest Group elections should be used an anticipation of what awaits on the coming general elections. Today’s elections have been marred with violence unleashed by police in liaison with the ruling NRM party candidates. Several young people have been locked out of polling stations despite having credentials. Some have arrived to their names being deregistered without clear justifications. In Kireka, police without a reason chased off NUP supporters and the same scenes reflected elsewhere in Kawanda and Kawempe. In Gulu, People Power coordinator, Olenge Anthony has been clobbered by NRM supporters for simply donning in a red beret.