‘We want Bobi not Bosco,’ Minister Nabakooba booed in Mityana 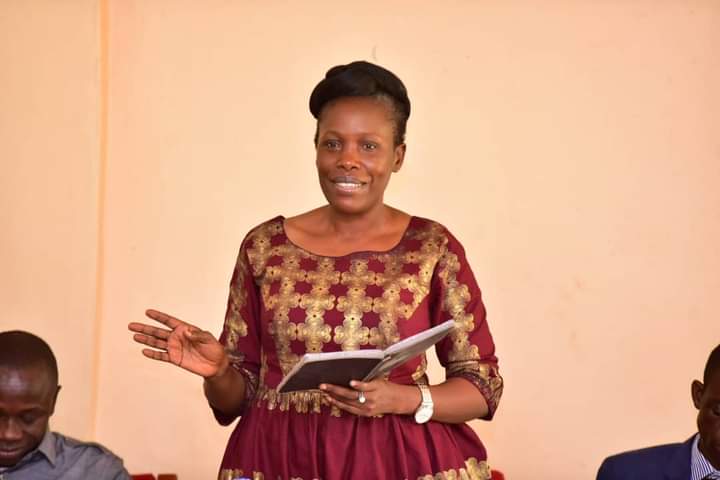 The NRM Minister for Information and Technology, Judith Nabakooba today faced it rough in Mityana district where she was trying to hold rallies to consolidate her stay as the woman MP in the coming elections.

A footage of her failed campaign has already enveloped social media leaving many Ugandan cheering in jubilation of the gesture the masses have accorded the bully Minister. In the short trending clip, Minister Nabakooba is seen somewhere in Mityana trying to communicate to the people who intercept with a wild heckle and a loud booing. An embarrassed Nabakooba runs out of words and barely says a thing. The mass overwhelms her and starts singing praise songs for the area NUP strongman, Zaake Francis Butebi. They go on to dominate the event with more songs praising the youthful NUP presidential candidate, Robert Kyagulanyi Ssentamu. The people are overheard shouting ‘twagala Bobi ssi Bosco’ which translates ‘we want Bobi not dictator Museveni.’ The dismayed Nabakooba disembarks from saying a thing and she’s seen whisked away by her security guards.

It should be remembered that Minister Nabakooba won the parliamentary in 2016 on the NRM ticket simply because the electorate celebrated her then humble personality. But when she beat all odds to become a Minister, she totally resigned her earlier traits to stun into a bully. She has routinely pledged to institute a media ban on Bobi Wine merely because he has dominated the political scene. A jealous Nabakooba went ahead to warn media houses against hosting Bobi as she alleged he was peddling hate speech to the mass.