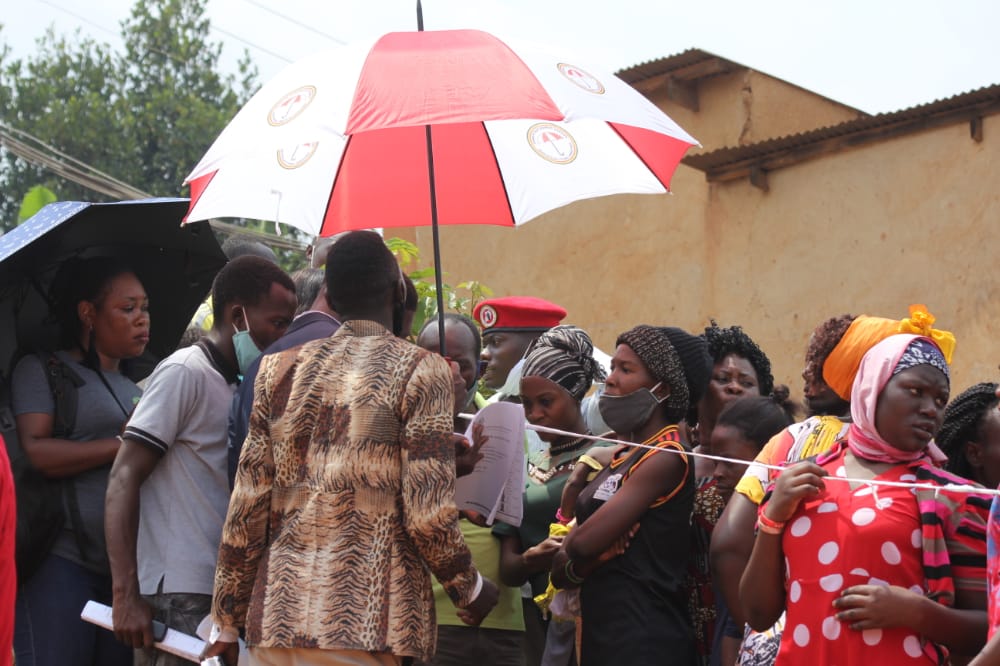 As the political environment in Uganda hits the climax, today the Electoral Commission kicked off its roadmap with the Special Interest Group elections categorically with the Youths aged between 18-30 rolling down to the ballot.

Much as Justice Simon Byabakama and his crew asked for a heavy budget that doubled their initial one, what ensued in today’s polls gives us the outlook of what is to happen in 2021. In their request from the parliament, the Electoral Commission (EC) doubled its budget for conducting the 2021 presidential, parliamentary, and local government elections. While the EC had a budget of Shs 419.9 billion for organizing the 2016 general elections, it asked for UGx 868.14 billion; a 106% jump in spending on the election. They had planned for the installation of precautionary Covid control gadgets such as hand wash sanitizers at each polling station, a temperature gun, among other things.

Today on the contrary, there was no social distancing at every polling station in the country and nothing as the mentioned items in the EC budget to do with COVID-19 was availed. Even the simplest hand washing soap was not availed which leaves Ugandans asking the essence of scientific elections. The process exposes the Museveni government as a bunch of jokers. In fact, they have routinely flouted their own covid guidelines. From Minister Evelyn Anite in the west Nile, Jane Ruth Aceng in the North, Ephraim Kamuntu in the west, Christopher Kibanzanga in the Rwenzori to the latest being Maria Gorrette Kitutu in Bugisu, one can tell that the scientific election is an impossibility that the NRM regime should revise and quash.