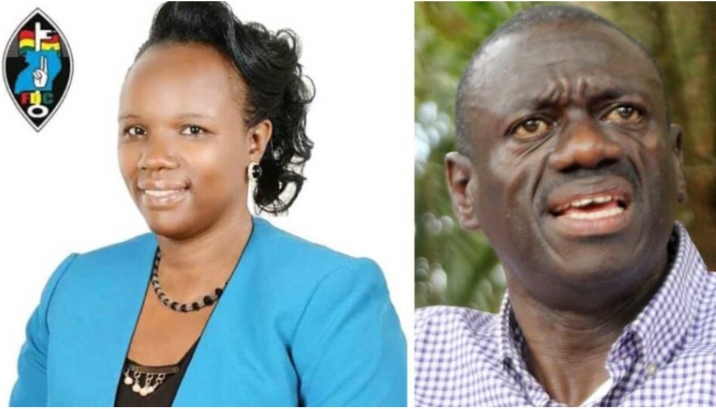 The renowned no nonsense self anointed commander of Land forces, Ingrid Turinawe has just registered a consecutive loss in the Rukungiri FDC party primaries.

The People’s Government Minister of Internal affairs walked all smiles to Rukungiri stadium expecting victory but ironically, FDC delegates were ready to teach her yet another lesson. Ingrid who has been a brand of activismin the FDC party is said to be having individual weaknesses which attribute to her lifetime political failures. Sources say after learning that her darling Besigye was unlikely to return for presidency, Ingrid sought solace in settling for the Rukungiri municipal legislative seat but this could only be achieved through banking on the party structures which are entrenched and deeply rooted in this district. She could ably achieve her political move by winning the party primaries but luck was not on her side as usual.

In the party primaries results obtained, Ingrid’s total figure was doubled by the leader as explained by one of the delegates we contacted on phone. “People just dislike Ingrid for her character. She has nothing like leadership credentials in her. She only needs to polish her attitude,” says the delegate who declined to be named. “Walking with Besigye does not mean hers is a sure victory. I hope she will learn to socialise with others,” she adds.

In 2017 after the general elections, FDC women leaders accused Ingrid of shielding them from accessing Besigye. Ingrid regularly clashed with Besigye’s drivers and personal assistants for allowing female FDC aspirants to sit in Besigye’s car during rallies. Ingrid would even issue lists of people she did not want to get close to Besigye.

Apparently, Ingrid has rejected the results and opted to disrupt the entire process, something that has prompted the police to arrest and detain her at Rukungiri police station.