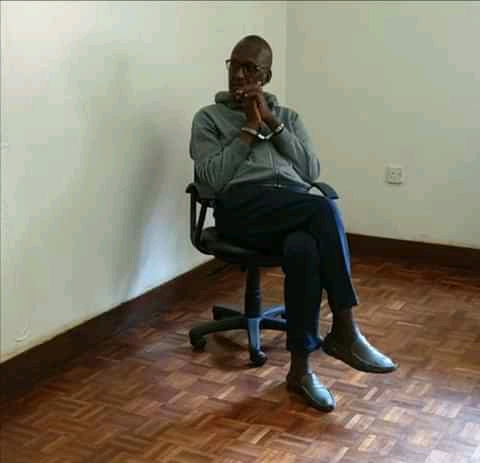 Presidential Aspirant Lt Gen Henry Tumukunde has been arrested by security operatives over allegations that his team failed to observe standard operating procedure (SOPs) peddled at curbing the spread of covid-19.

The former security minister was earlier stopped on the way for a consultative meeting of 10 people in Buikwe district. His team claims all SOP’s were being observed and they were heading to consult various Ugandans on what concerns them most in a bid to have their views included in the manifesto a head of the 2021 general elections.

Last week, the minister of security launched a political pressure group dubbed ‘Renewed Uganda’ seeking to unseat his former boss Museveni. He will stand on an independent ticket under the platform renewed Uganda with the slogan ‘Kisoboka’ it is possible.

Upon declaring his intention to stand against the incumbent Museveni, Tumukunde was earlier in March arrested by a joint force of police, Chieftaincy of Military Intelligence (CMI) and Special Forces command (SFC). He was later produced before city hall grade one magistrate Valerian Tumuhimbise and charged with treason and unlawful possession of firearms Contrary to section 3 (1) OF the firearms amendment act Cap 299. He is currently on bail.