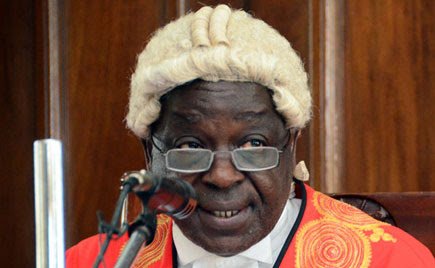 The US department of state issued a strong statement on Monday where it announced that they are to impose travel ban and economic sanctions on two prominent Ugandan judges and two other NRM government officials over their indulgence in child trafficking.

In a tweet issued by the US Secretary of state Mike Pompeo, the US expressed its disgruntlement with the way the Ugandan judiciary has been colluding with criminals to offer children for adoption to US based foster families without having full consent of the biological parents or relatives of these children.

Judges; Mukiibi Moses and Mbale high court judge Masalu Musene were mentioned alongside lawyers Dorah Mirembe and her associate Patrick Ecobu. It is said that the quadruple operated a child trafficking syndicate in which they would forcefully withdraw juveniles from their familes and forcefully ‘export’ them to the US.

“The Unites States government designated these four individuals pursuant to Executive Order 13818, which builds upon and implements the Global Magnitsky Human Rights Accountability Act. The Department of State also designated Mukiibi and Musene under Section 7031(c) of the Department of State, Foreign Operations, and Related Programs Appropriations Act, 2020 (Div. G, P.L.116-94) due to their involvement in significant corruption,” Pompeo announced in a statement. Mirembe’s law firm was mentioned to have spearheaded the child hunt whereby they would deploy in remote Ugandan villages and deceive unsuspecting parents that they were to get sponsors for their vulnerable children. This is how the kids would be flown out of Uganda and end up in the hands of foster families in the US.

“Today’s actions demonstrate the United States’ commitment to protecting the dignity of every human being and protecting the United States from those who seek to profit at the expense of others. These individuals’ actions also resulted in the submission of false documentation to the Department of State for consideration in visa adjudication, a falsification the Department will not tolerate,” Pompeo further said in his lengthy statement.