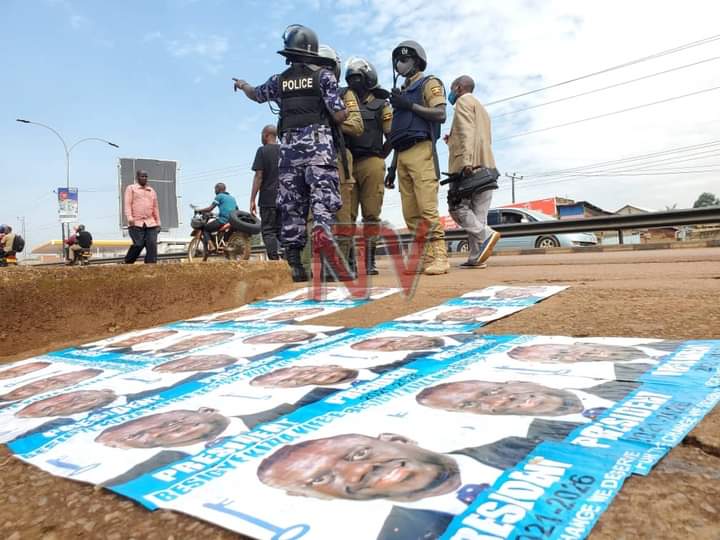 Preparations to receive the FDC godfather and four time presidential nominee, Rtd. Col. Dr. Kizza Besigye are underway at the party headquarters in Najjanankumbi. Police have already deployed heavily to combat any likely spill of the procession that is anticipated to welcome Kizza Besigye who is widely expected to pick nominations today.

SEE ALSO: EXCLUSIVE: FDC set to smuggle Besigye back to the ballot

An inside source who rejected to be quoted says for the past few days, the FDC National Executive Committee members have pestered their party strongman to pick the nominations and save the party from collapsing totally. “We have pleaded with Besigye to be our candidate one more time as we look towards replacing him in 2026,” the source reveals. “If he does not run for president, our party will suffer a bloody setback. We don’t have anyone to walk in his shadow yet,” he adds.

On this same day, the party president, Patrick Oboi Amuriat is also expected to collect the forms just for formality as evidenced in his TV revelation where he stated that he is to withdraw his bid in case Dr. Besigye picks the forms.

SEE ALSO: FDC makes U-turn on Besigye as Amuriat offers himself to hold the presidential flag

Police has already deployed heavily at the FDC head offices in Najjanakumbi from where Dr Kizza Besigye is expected to make an address to the nation today. There is also speculation on whether Besigye will pick nomination forms to stand as the party’s flag bearer in the next elections. So far, Ambassador Wasswa Birigwa remains the only aspirant that has picked the FDC presidential nomination forms but odds are high that he is to withdraw incase Besigye expresses interest.