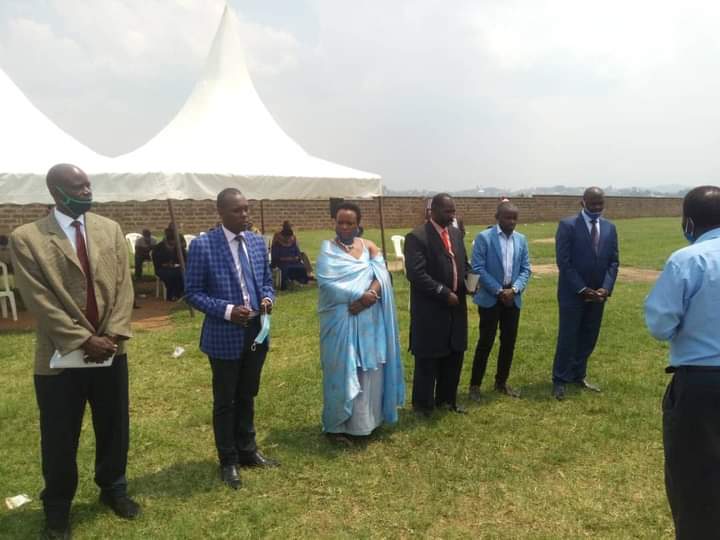 A day after her defeat, the FDC Rukungiri district secretary for mobilization and self anointed Minister for internal affairs in The People’s Government, Ingrid Turinawe has weighed in on her loss in the FDC party primaries.

Ingrid in a statement claims that the NRM had expressed interests in who was to carry the FDC flag as they preferred a ‘weak’ opponent and so had to influence the internal voting process. According to Ingrid, state operatives even went an extra mile to bribe the FDC delegates with UGX 300,000 each and urged them to vote for Dr. Warren Tumwine who they knew could be easy to defeat in the final polls. Asked by the local media if she is to consider taking the matter to court, an infuriated Ingrid declined to unleash her next move, and said she would consult from the FDC party leaders first.

Below is Ingrid’s full statement;

The FDC we started and built is against voter bribery .

No body knows where this money came from .we will not accept to hand over our party to the junta .

In town , people lined along the streets , in anger in pain and in protest a matter that caused police to arrest me as I walked home.

People are vowing not to vote for the so called Flag bearer who bribed Delegates .

Others are saying they will vote an NRm or independent candidate to protest against the few compromised Delegates , while the biggest number say they will not vote.

The outcome of yesterday’s Election doesn’t represent the people’s will.

They say few compromised Delegates won’t decide for them , I and my team will take a painful but bold decision which will be communicated soon.

We thank everyone for the love and support.
Thank you . Ingrid.