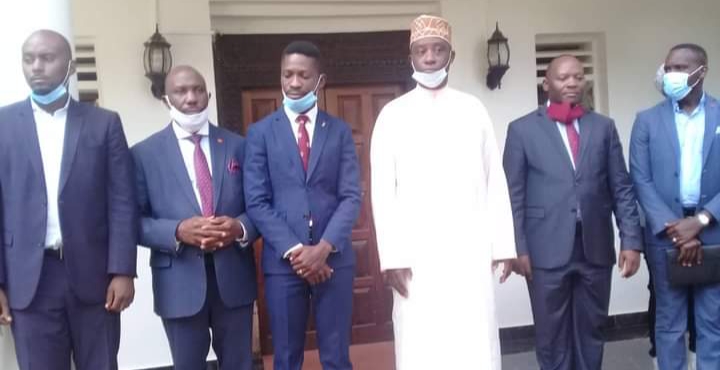 The National Unity Platform party president, Robert Kyagulanyi Ssentamu alias Bobi Wine has today held talks with the head of the Muslim faith, Prince Kassim Nakibinge. The visit strategically comes at a time when the presidential hopeful seeks to have the favour of all religious leaders.

The visit comes just a day after his return from Mbale city in Easter Uganda where he was nearly assassinated by the police officers as he returned from a court session.

For all the time Museveni has been in power, the Islamic leadership has been divided and indulged in misguided attacks of one group in Kibuli mosque ganging against the regime backed side at Old Kampala mosque. Museveni has also been instrumental in sidelining Muslims from holding credible and influential positions in his government. Some have even feared to take part in elective politics for fear of being shunned by the voters. The worst times we can’t turn a blind eye to are the well coordinated murders of Muslim clerics across Uganda. Some in the Tabliq sect are languishing in prison over terror related charges. With the rise of Bobi Wine who loves Ugandans indiscriminately, the story is expected to change.