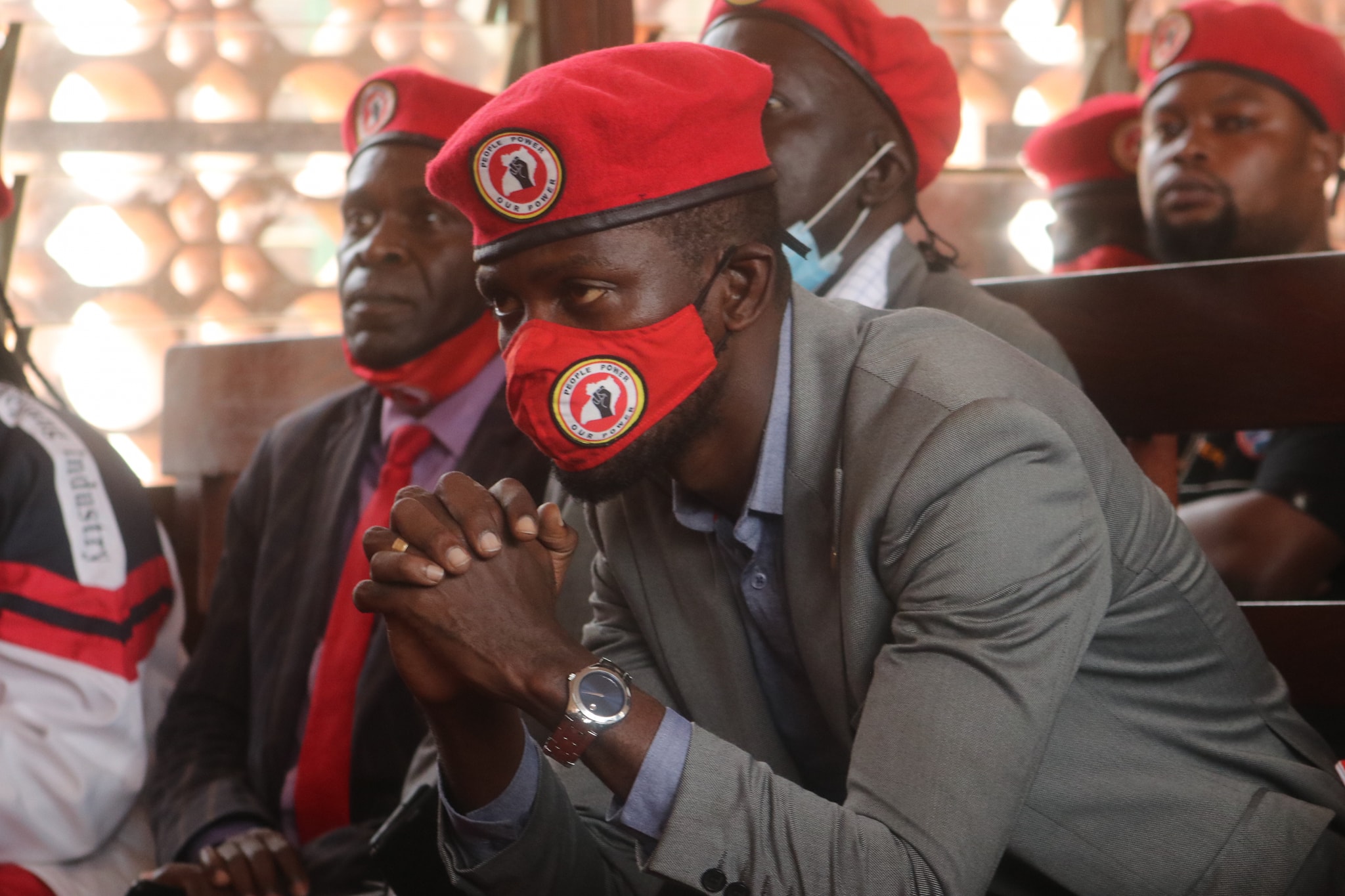 The Magistrate Court in Mbale has postponed the hearing of the Bobi Wine’s case against the Inspector General of Police, Attorney General to 26th August 2020 after respondents declined to appear for hearing on Wednesday.

The case was set to be heard on Wednesday at Mbale high court but the entire respondent didn’t appear in the dock and this forced the magistrate to adjourn the hearing to 26 August, ordering the state attorney to ensure that the accused appear for cross examining.

Upon leaving the Mbale High Court premises, Mbale residents tried to wave at Bobi Wine but police used teargas and live bullets to disperse them.