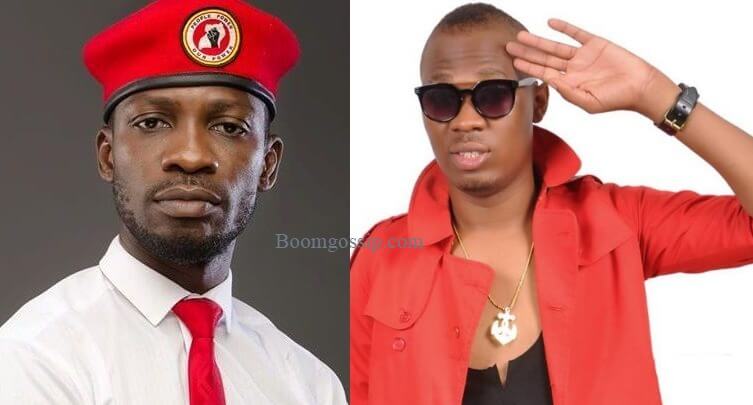 SEE ALSO: Museveni is using you, will soon dump you- Big Eye to Eddy Kenzo

The musician who had earlier branded himself as a Museveni puppet faced the worst of his career days last year when he was pelted with bottles by rowdy music supporters who blamed him for regularly attacking fellow artiste and now presidential hopeful Bobi. Big Eye reached a point of collapsing on stage and was rushed to a clinic for medication. He then provocatively wrote to the People Power principal notifying him of his wish to have a word over the unruly music supporters who attacked NRM artistes claiming to be doing it on behalf of him (Bobi).

But the year 2020 has seemed to be an amazing one for Big Eye. The artiste is considering dropping the NRM in favour of the National Unity Platform which is already earning him condemnation from hired mercenaries like Full Figure who is already asking him to pick a side.

A few days ago, Big Eye’s Facebook posts are changing in favour of the Bobi he once ridiculed. He first posted what he called authentic results of the concluded Youth Elections where the NUP party thrashed the ruling NRM party. He went ahead to urge all change seekers to join NUP and Bobi as quoted below;

“At this time we don’t expect any other opposition political party apart from NUP. All opposition must join NUP if their true to what they are fighting for. Hope you have realised that in the youth elections. FDC, DP etc… are not heard anywhere. The competition is only between NRM and NUP/Hon Kyagulanyi/People Power✊,” Big said in a post.

Fans have since asked him to publicly declare his endorsement for Bobi Wine’s presidential bid. “Star boss, now is the time for you to take a stand and declare that you are with Robert Kyagulanyi Ssentamu for president,” one of the fans asked in a comment.