Police boss who attempted to assassinate Bobi in Mbale identified 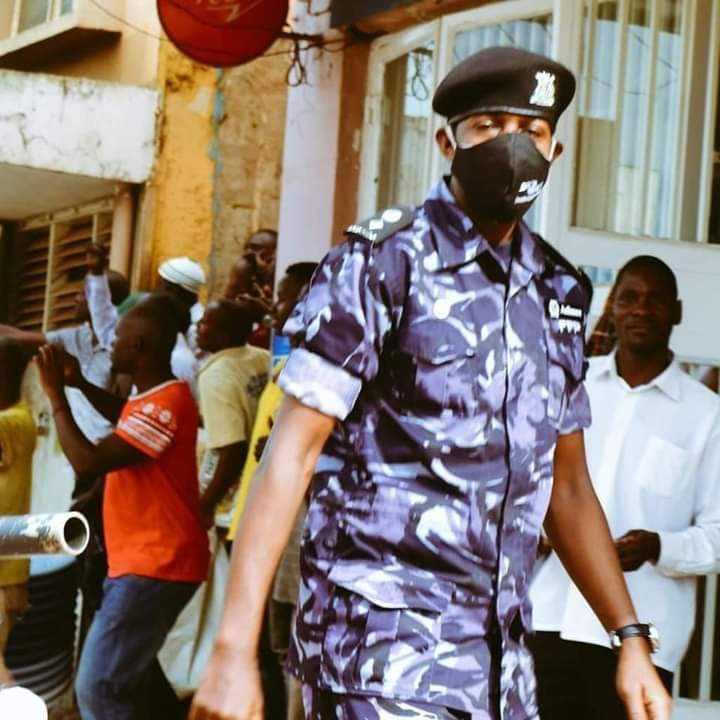 Yesterday after the Mbale court case, presidential hopeful Robert Kyagulanyi Ssentamu faced one of the riskiest challenges of his political career when a highly ranked unruly police officer attempted to physically inflict harm on him as he was enroute to Kampala.

The said police officer has since been identified as Abraham Asiimwe who serves in the Field Force Unit department at the rank of Assistant Superintendent of Police (ASP) which was crowned on him on February, 4 2016 by the former police chief, Gen. Edward Kale Kayihura. Asiimwe has been severally deployed on a series of ‘search and destroy’ missions since the 2016 general elections, a thing that his close workmates attribute to that fat rank he earned for himself.

In 2018, Asiimwe shot into the spotlight when he tormented a journalist who was covering opposition activities led by the four time presidential candidate, Rtd. Col. Dr. Kizza Besigye as tweeted by senior researcher, Mary Sserumaga who says, “ASP Abraham Asiimwe verbally & physically assaulted @HEBobiwine in Mbale on 19 August 2020. He is likely a serial offender. In 2018 he was charged with assaulting a journalist covering Dr Besigye.”

Some sources say ASP Abraham is simply a masquerader and an imposter guising as a police officer yet in actual sense he is a member of the Special Forces Command. This narrative makes sense since it is the same SFC that actually wants Bobi dead as evidenced in the 2018 Arua byelection. One would wonder where a police officer on duty would derive the anger to physically harm a full Member of Parliament in broad daylight when all cameras are watching. A well placed police source we consulted says Abraham’s roots are traceable in the Rwandan circles. “Actually, this guy is from Mbarara and his father is called Rutahigwa, a Rwandese related to Security Minister, Gen. Elly Tumwiine,” reveals the source. “I can assure the public that this guy is not a police officer, he is a member of SFC. He used to move a lot with Mzee Sabiiti,” the source explains.