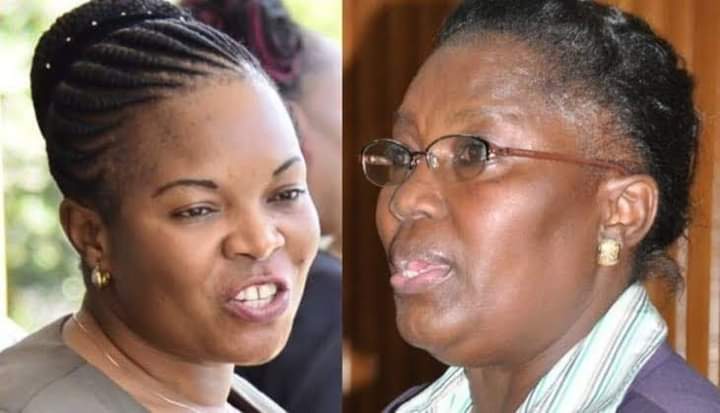 The Rt. Hon. Speaker of the tenth Parliament, Rebecca Alitwala Kadaga is silently losing the Central Executive Committee election, just days after her heated campaign with the youthful Minister, Persis Namuganza. The duo hold a long term beef which stems all the way from the Busoga kingdom where each accuses the other of meddling in the issue of royals. Kadaga and Namuganza opted to take their battle to the ballot and despite Museveni’s intervention to create a short cut similar to that he made for Kigongo, Kadaga stubbornly refused and maintained she wanted her arch-rival on the ballot so she could teach her a lesson.

With the results jetting in from different districts, Kadaga is being trounced by Namuganza. Despite the fact that Kadaga initially based her campaign on the age limit bill which she declared to be her greatest achievement in the entirety of her political career, all this seems to have fallen on deaf ears as NRM bigwigs led by Ruth Nankabirwa waged war on the ageing speaker.

As the final results are to be announced at 18:00hrs, the preliminary put Namuganza in a lead.

Persis Namuganza is having the widest smile sofar as per the provisional results.