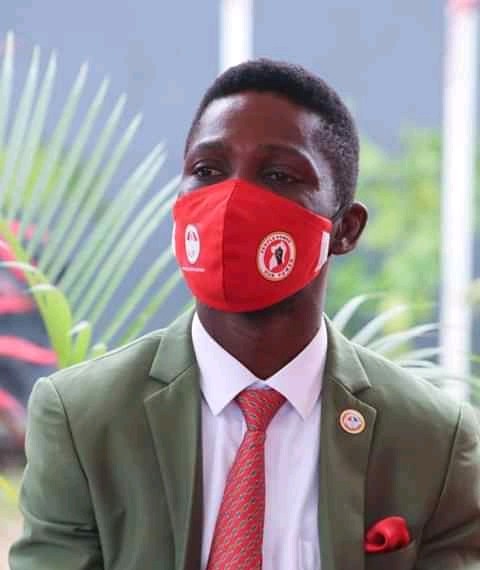 Kyadondo East Legislator Robert Ssentamu Kyagulanyi allies Bobi Wine has been nominated as the presidential flag-bearer for the National Unity Platform (NUP) Party after he returned his nomination forms to the party’s secretariat on Friday.

Hon Kyagulanyi is the only Ugandan who picked and returned the nomination documents to run for presidency on the NUP ticket even when the the process lasted for two weeks. In his own words, Hon Kyagulanyi noted that he feels very humbled for having been successfully nominated to carry the flag for the National Unity Platform for the position of President of Uganda in the upcoming election.

Since nominations closed without another candidate expressing interest, “I am delighted by the confidence placed in me by all of you distinguished Members of NUP”.

“As I did pledge, I am confident that I will not disappoint you. We shall bring the crown of victory, by the grace of God.”

“While today is a day to celebrate, it places before us all a challenge to renew our commitment to the struggle and begin working tooth and nail to conclude this mission.”

Bobi said he knows that the challenges that lie ahead of him are enormous. He said the regime is getting more vicious and desperate. “They are determined to do anything and everything to keep themselves in power against the will of the people, but we must be stronger and more determined to overcome any challenges and redeem our country.”

According to him, victory is in sight ladies and gentlemen. “Let’s get to work. It is of course rather sad that even after a successful nomination event, security operatives used brute force against our people who were peacefully escorting me back home. Ultimately, we shall overcome.”