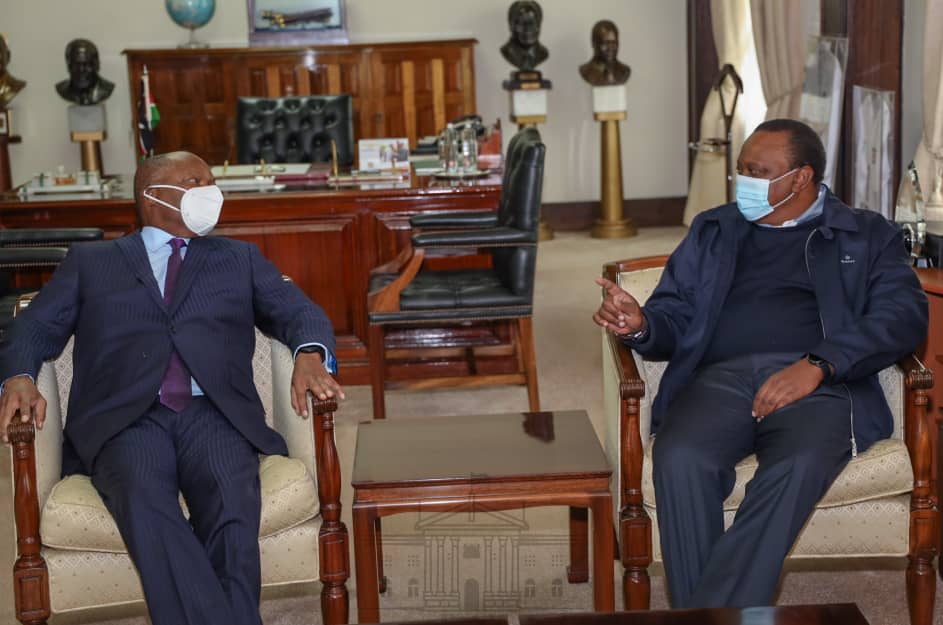 The Kabaka of Buganda, His Highness Ronald Muwenda Mutebi II has finally made a public appearance, his very first since the social speculations had pronounced him ‘dead’.

The Kabaka’s talk enveloped social media for the past fortnight as Mengo critics peddled a narrative that he had been rushed to Aga Khan hospital for medical treatment after he had allegedly been poisoned.

The State House Kenya official social media platforms have finally ended the puzzle that had worried many Ugandans. In the publication, the Kabaka is happily seen conversing with Kenya’s president, Uhuru Kenyatta. In a tweet, State House Kenya explained that the duo were discussing mutual interests and among them was the central role of culture in region integration and peaceful communal co-existence.

Last evening, Museveni also bitterly condemned social media users who had circulated the false news about the Kabaka. He even vowed to prosecute all the involved saying they had done an abominable act. “How can people behave like that? If anything goes wrong with the Highness, the people to announce are there. Those People, we shall go for them. I hope the police has gotten them. They have to explain their irresponsible behaviour,” Museveni bitterly said while addressing NRM NEC last evening.