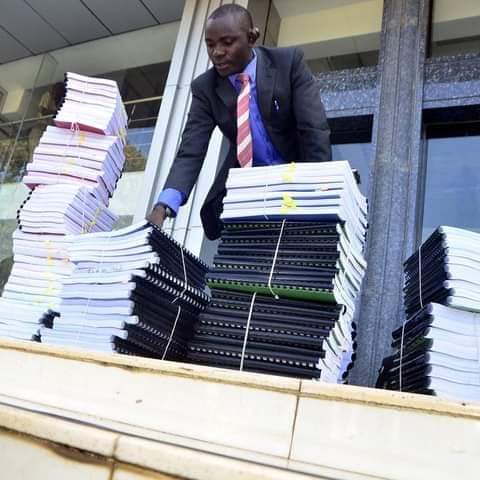 Balaam made this revelation while reacting to a social media post made by former People Power blogger, Ashburg Katto who is apparently rallying Museveni supporters to raise funds for the pro-regime lawyer, Mabirizi who is seeking to raise UGX 30m for his case. Although Mabirizi in a press statement earlier disclaimed being funded by NRM candidate Yoweri Museveni, Ashburg’s post has showed the contrary.

Balaam’s feud on Bobi Wine stems from the latter’s failure to adhere to the calls of participating in the 2016 ‘Tubonga Nawe’ project and also his apparent rejection to denounce his presidential ambitions and vent path to the Muhoozi Kainerugaba project. Balaam, a nemesis to the People Power movement has tactically destroyed the music industry by influencing and inciting artistes against each other. Balaam has also been crucial in trying to demonise and destroy the firmly built Kyagulanyi People Power empire although this has still failed especially when the movement morphed into the National Unity Platform. Balaam is also said to be good at planting spies within the People Power movement though he ends up disappointed since Bobi’s camp has no secrets to conceal because their mission is overtly to oust the 76 year old tyrant.