Museveni shocked SFC did not kill Bobi Wine in Arua 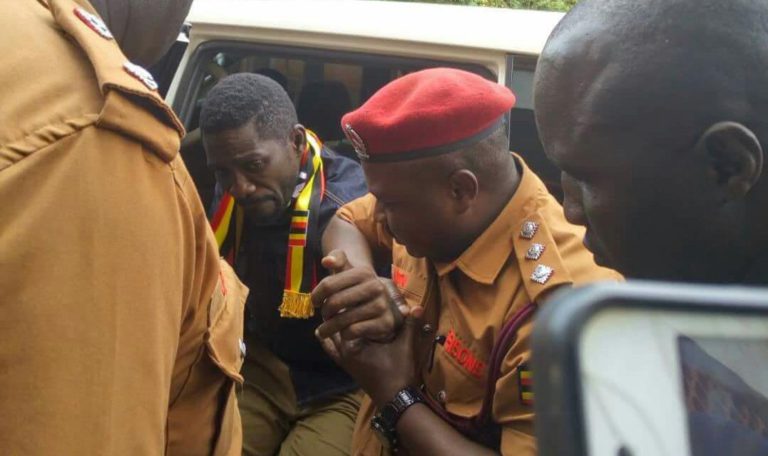 President Yoweri Museveni’s controversial statements regarding the 2018 Arua byelection violence have left majority irked after learning that the elderly commander in chief is jubilant of this atrocity that claimed many unmentioned lives. It turns out that Museveni himself shielded the prosecution of the murderous SFC soldiers that shot and killed Yasin Kawuuma, a driver to Bobi Wine.

The president exclaimed his take on the Arua byelection violence and he was quite disappointed that his elite force dubbed the Special Forces Command was lenient and merciful enough to have spared the youthful Kyadondo East legislator who today has morphed into a threat to his stay in the presidential seat. “The other day there was a fracas in West Nile where our young friend Bobi Wine tried to fight with security people, I think they beat him a bit and then they came to me and said that an MP was beaten, I said okay, let me study how he was beaten,” Museveni said as he spoke to police constables yesterday at Kabalye. “When I studied, I found the man had veen beaten properly, in the right way. This was because when the SFC people, who are not police, they are used to do other things actually managed to act properly. I was surprised,” Museveni further added. This insensitive statement has since irked Ugandans who now have noted that the old man is preaching violence among the forces which are supposed to protect the lives of the civilians.

In the aftermath of the byelection violence that ended with the arrest of MPs; Robert Kyagulanyi Ssentamu, Zaake Francis Butebi, Gerald Karuhanga, Kassiano Wadri and several other dozens of youths, human rights groups, the international community led by the EU and US embassy, plus the civil society pestered government to free all the detained and urged Museveni to give a stand on the crisis though he adamantly declined. Two years later, the shameless tyrant glorifies the violence he afflicted on the dissent politicians, something that depicts him as an intolerant leader.