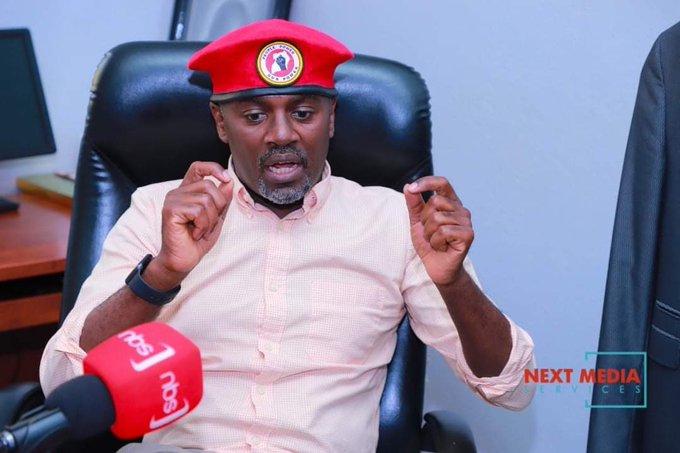 Veteran journalist Andrew Mwenda has said he is to seek legal action regarding Friday’s nomination of Robert Kyagulanyi Ssentamu as the flag bearer of the National Unity Platform party in the looming 2021 polls. Mwenda believes he was not given the right information regarding the presidential nominations and yet he sought to compete with Robert Kyagulanyi for the flag.

The maverick journalist says he contests the process under which the party resolved to front Hon. Kyagulanyi yet he too had expressed his intent to rival him for the party top seat. “I have just been informed that Bobi Wine was selected “unopposed” as NUP presidential flag bearer!NUP knew that I had picked forms that I was filling and did not inform me of the “deadline”! This is a rigged and anti-democratic process! I am going to challenge it!,” Mwenda retorts in a tweet.

The veteran journalist earlier last month provocatively joined the National Unity Platform party in an experimental test in which he was checking on the level of ‘intolerance’ by Bobi Wine supporters. Surprisingly, he was welcomed and accorded a honoury moment and even went ahead to pick a membership card and what he thought was a presidential nomination form. Mwenda was however advised by the NUP spokesperson, Joel Ssenyonyi who urged him to return and pick the right forms as he had fetched the Councillor level forms. The journalist never adhered and the process closed yesterday with the party rallying behind Robert Kyagulanyi Ssentamu who expressed interests in carrying the flag and picked the forms without contestation from any other member.