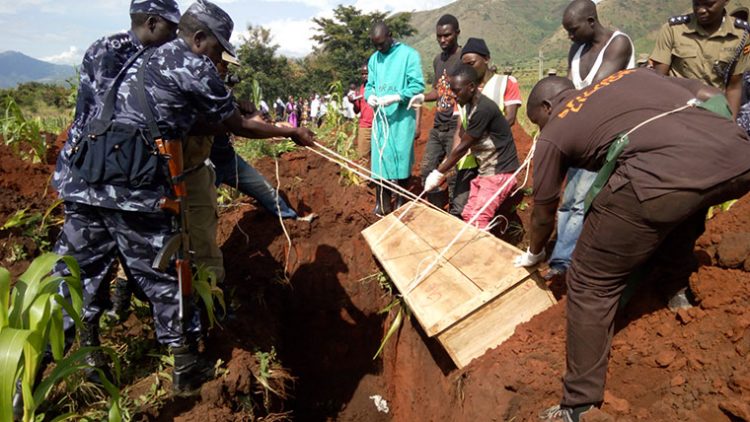 Another Rwenzururu kingdom royal guard has died in Luzira prison, bringing the total toll to five since their arrest in November, 2016.

The deceased has been identified as Yonah Thembo, the ‘Isemalhambo of Katswabwemi in Maliba’ died on Saturday in Luzira prison according to reliable sources. In local reports shared by the native prince, Sunday Apollo Randy it is alleged that the deceased Thembo has been battling a lung complication he contracted from the filthy cells of Luzira. The deceased is also said to have experienced torture from arresting security forces.

Reacting on the death of the royal guard, renowned human rights lawyer, Counsel Eron Kiiza despised the regime for using excess force on the detained Rwenzururu suspects. “How many people must die before the accused from Rwenzururu detained and torture after the Elwelu massacre get tried?,” counsel Kiiza asks. “They have been detained since the attach on the Kasese based palace of Rwenzururu cultural institution; and most of them had torture wounds when we met them in Kasese,” he recounts.

The counsel also expresses his worry on the legal situation of the suspects saying their fate hangs in thin air. “They were committed for trial in 2017 but the office of the Director of Public Prosecutions neither has the will to prosecute them nor withdraw the shaky charges against them. Even the Rwenzururu king remains under military house detention and can only be accessed by a few people cleared by the military,” he adds.

The November 2016 Rwenzururu palace left several people killed and about 190 arrested and charged with treason and terrorism. Although the government denied killing women and children during the attack, an independent report by the Human Rights Watch found toys among the ruins at the palace something that shows minors could have been killed during the indiscriminate bombings. It should be recalled that on the third anniversary of the Rwenzurur raid, area MPs led by Winnie Kiiza urged government to initiate a speedy trial for all the detained suspects but their calls fell on deaf ears.