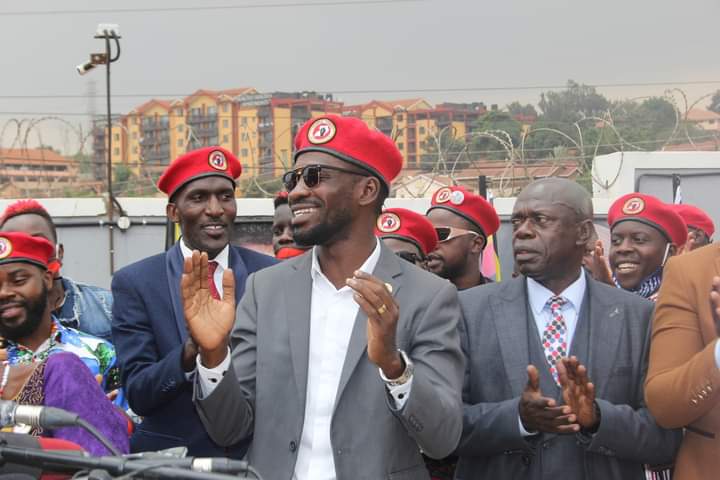 Outspoken political commentator and former radio journalist, Basajja Mivule Nsolo Nkambwe has for the past days rocked the talk of several Ugandans associated with NUP who have subjected him to a thorough castigation over his recent denunciation of the National Unity Platform party to which he swore his allegiance less than a week ago.

Without clear justification, Mivule attributed his defection to the overall conduct of the plight of People Power supporters whom he accused of being intolerant, gays and abusive to other people who may want change. In a live Facebook broadcast on his page Basajja Mivule Official, he mentioned some of the names that have influenced his decision to quit the struggle. “Who is Peng Peng and Lumbuye? Why are they abusive and moreover using lewd and vulgar language? I have been in the struggle for 20 years, where was Peng Peng and Lumbuye? In Buganda, we do not tolerate such vulgar behaviour,” Mivule fumed in the video. “We have parents who are watching these offensive clips. What do you think sinks in their mind when they see their children identifying with People Power which harbours abusive people like Peng Peng? Bobi Wine should come out and make a press conference to disown these abusive goons or he will also fall alongside them,” Mivule bitterly adds.

Trusted sources say Basajja Mivule has been experiencing financial difficulties since the lockdown emerged. The outspoken journalist has faced a spate of disagreements with his senior editors in the newsrooms. He is haunted by a curse as he is ever sacked from whatever media house he has worked for throughout his career as a mass communicator. Mivule knows he could not be employed by a reputable media company due to his sectarian behaviour of preaching hateful propaganda against Ugandans from the western region at the expense of heaping praises for the Baganda. In short, Mivule has been longing for a civil war/genocide by inciting the Buganda tribe against Ankole, something that has persistently failed.

From a source related to Mivule, our reporter learnt that he had been assigned by Balaam Barugahare to join the NUP/PP wave and embark on preaching sectarian violence in a bid to divide the solid support of Bobi Wine. Balaam wanted People Power to be depicted as an intolerant Buganda wave and this could only be realised through Mivule’e sectarian social media skits. In fact, this was partially achieved when Bobi came out and condemned Mivule’s ‘plastic’ arrest before he would admit him as a member of NUP upon his release from jail.

Inside sources claim that Balaam dispensed UGX 15m to Mivule as an appreciation token and urged him to make a defection announcement before he would take him to meet Museveni at a later date in the first week of September. Mivule was to reap UGX 300m to construct his stagnated mansion in Gayaza, be given a double cabin brand new pick up, plus two hi-tech Japanese made video cameras worth UGX 12m each. Mivule also asked to be granted some security officers (SFC) to protect him in case of an attack from NUP supporters. We have since learnt this is to be fully dispensed to him upon completion of his denunciation statement within this week.