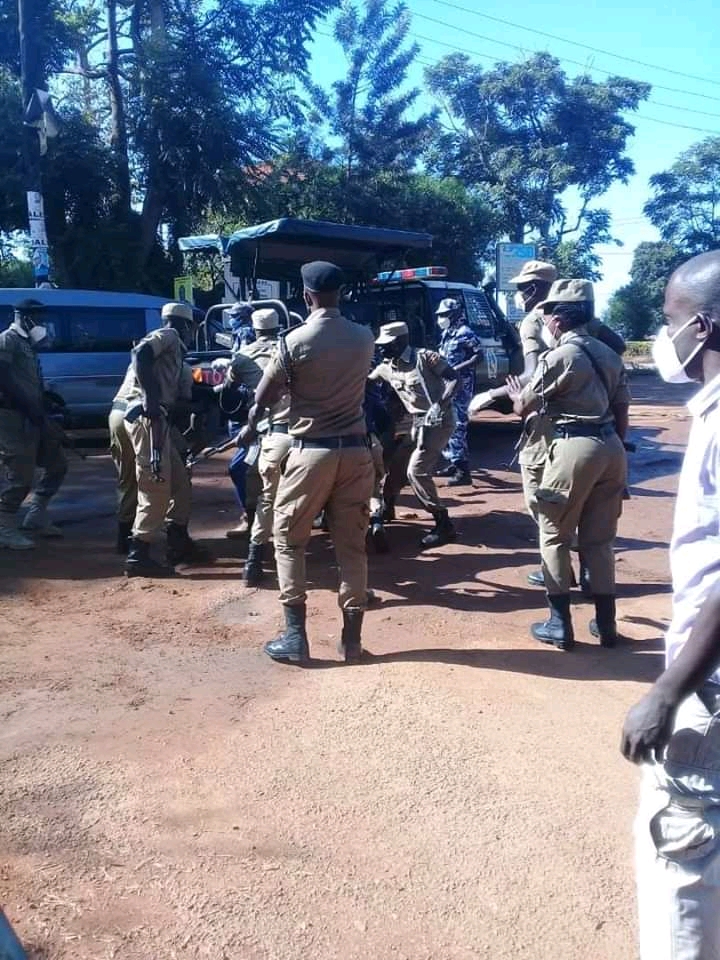 The police have this morning in Mbale city brutally pounced on National Unity Platform supporters who had convened to receive their party president, Robert Kyagulanyi Ssentamu alias Bobi Wine.

Hon. Kyagulanyi is having a court case in which he through his lawyers; Wameli and Co. Advocates sued the Inspector General of Police alongside Mbale RDC and other district security authorities for blocking his radio talk show at Mbale based BCU FM. In his complaint, Robert Kyagulanyi sought explanations and accountability for the actions of the police on him and his supporters which are not acceptable or demonstrably justifiable in a democratic society.

Reports on ground indicate that police have fired live ammunition to disperse the gathering crowds that were outside the high court premises. In the process, several people have been arrested and other injured during the scuffle. One yet to be named Bobi Wine supporter has been rushed to a local clinic after a stray rubber bullet hit his right eye.

In the last court session held last week, grade one magistrate Andrew Katumbuki issued criminal summons to the Mbale RDC, Sulaiman Ogajjo Baraza, OC Mbale CPS and the RPC, Wilson Nganizi for absconding the session. The police bosses declined to turn up for court without a clear justification. We shall divulge more details as they unfold.