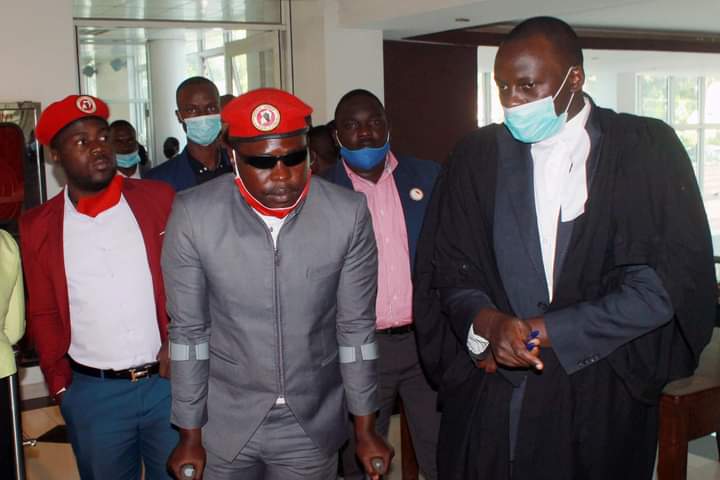 It has now turned into a norm for security officers who abuse and violate rights of Ugandans to persistently abscond justice to prove a point that they’re untouchable and not even the laws of the land can prosecute them. Today the police bosses who tortured MP Zaake in the guise of implementing presidential covid guidelines yet again defied appearing in the court.

The session was presided over at Twed Towers high court chambers in Kampala before Lady justice Esther Nambayo of the civil division. The implicated police officers did not appear but what were represented by a lawyer from the Attorney General’s office. In their defence, the implicated security goons; Twesigye Amudan, Alex Mwiine, and Bob Kagarura denied torturing the legislator and instead claimed he had hurt himself at the time of arrest as detailed in the report by Internal Affairs Minister, Obiga Kania.

The Mityana RPC claims to have only dispensed a double cabin police pick up to simply aid the transfer of the legislator from the district to SIU Kireka. “My role only stopped at availing the police truck. I didn’t at any point touch the legislator though I saw him bruised,” Kagarura said. As for the DPC Alex Mwiine Mpaka who was part of the arresting team, he stresses that Zaake hurt himself while trying to resist arrest. “We did not spray him with teargas or any chemical. He fought and hurt himself with the handcuffs,” Mwiine said.

However, a medical report from Rubaga hospital seen by this site shows that the legislator was brutalised by the arresting officers contrary to their denial. In the report, the opticians note that Zaake’s sight was hurt by a substance that could have bee sprayed in his eyes. His body too was bruised and imprinted with wounds on his chest and back, which shows he could have been cut with a sharp object.

Due to the absence of the appellants, the high court judge was compelled to adjourn the hearing to September 29 to grant Zaake’s lawyers ample time to crosscheck the defence. Earlier last month, the office of the DPP, Jane Francis Abodo dropped all the charges pressed on MP Zaake without clear justification. MP Zaake is represented by reputable city lawyer, Kiiza Eron.