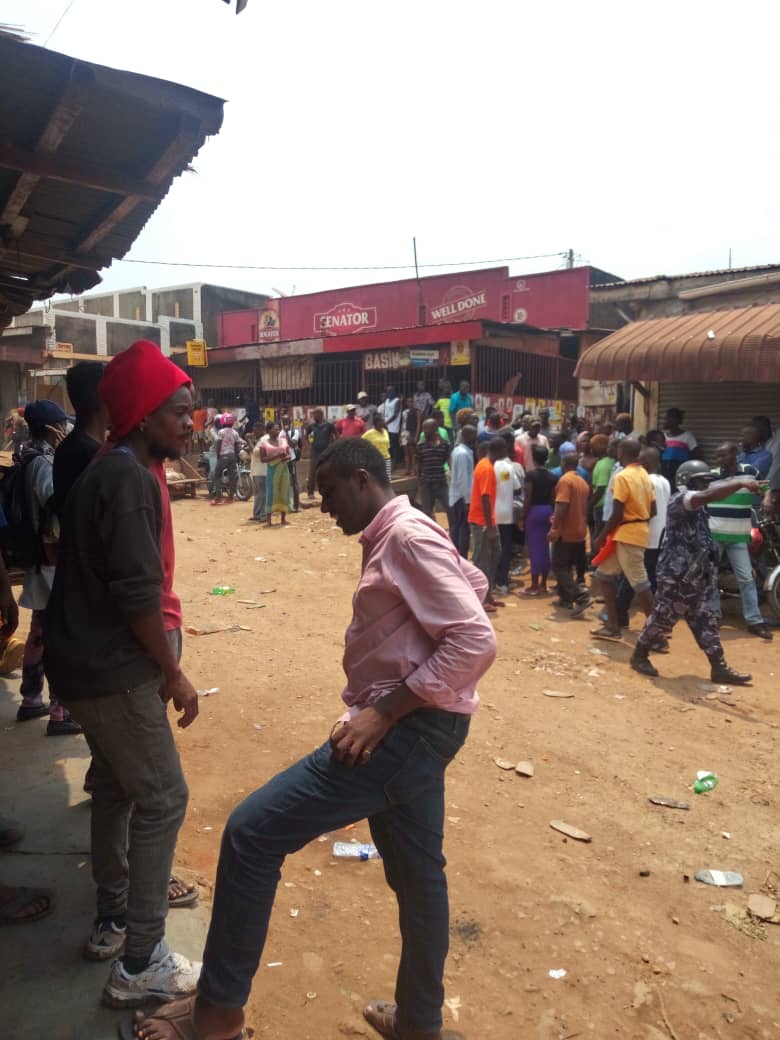 Police today morning roughed up on the outspoken Nakaseke South legislator, Lutamaaguzi Ssemakula following his alleged illegal assembly of locals with whom he was to do some general cleaning within town.

Reports say the Democratic Party strongman had organized a community service this morning where they were to rehabilitate water springs, clean the town and also dredge the drainage channels. However, police was already alert and waiting to quell the gathering. As the legislator approached Semuto town alongside his driver, they encountered the police roadblock. In the scuffle, his driver, Samuel Kintu was pulled out of the vehicle and brutally battered by the deployed angry police officers before they handcuffed him. Luttamaguzi then tried to intercept and block the arrest of his driver and he too was grabbed and bundled into a waiting police patrol and driven to Bulangu police station.

Upon getting notified of their legislator’s arrest, residents of Semuto have since morning erected barricades and lit bonfires, vandalised NRM posters and billboards to protest the detention of their MP. “We will not give up till our MP is free. The police will face it rough if they think it’s business as usual,” swore a Boda rider who spoke to this reporter. By the time of filing this report (20:00hrs E.A.T) teargas and bullets were still being fired in Semuto as police battled Luttamaguzi supporters who are turning unruly. Reports indicate that they’ve already torched a billboard belonging to aspirants of the ruling NRM party. Also posters of NRM aspirants are being torn in protest of police partisan tendencies.