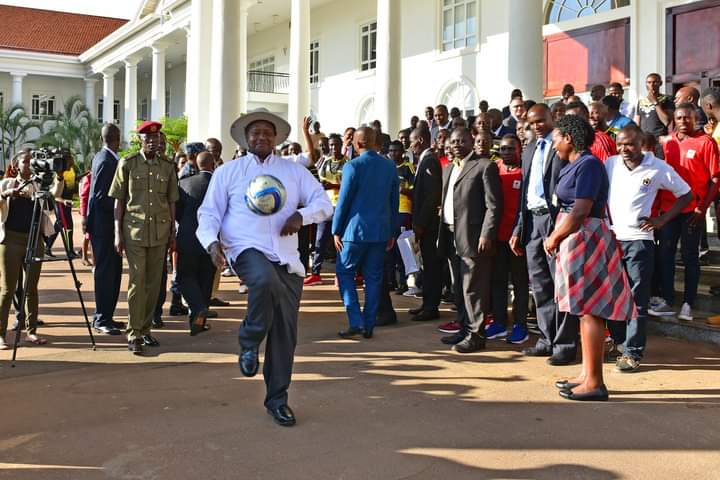 The name Bosco was first adopted from a famous comic from Uganda’s leading telecommunications giant, MTN advert that gained traction and spread widely in 2018 on mainstream and social media channels. In the one minute skit, a middle aged gentleman imitates the life of a rural-urban migrant who finds town life quite complicated. The Bosco character acts in a manner quite identical to Museveni’s November, 2016 Luweero visit where he launched a water bottle irrigation scheme which he demonstrably unleashed using an ordinary bicycle. Similarly in the ‘Bosco Katala wa City’ advert, the fictional character moves into town with his bicycle.

Museveni was too bitter that year, 2018 that at one of the Arua rallies publicly disowned the name and ordered government to censor the advert. “First of all, I’m not Bosco (Katala),” Museveni said in 2018, leaving swipes of journalists amused.

Now, a couple of years later Museveni has adopted and embraced a name he once bitterly disregarded. In a Facebook publication issued today, Museveni states;

Whether Ugandans want Bobi Wine or “Bosco” (I am made to understand that means Museveni), that is a matter that will be settled early next year.

However, recently we had semi-finals in the form of elections of the disabled, the elderly and the youth. Who won the matches in the 3 matches?

Bosco won without too much preparation. I am looking forward to the finals. Greetings to your foreign backers who fear a strong Uganda. Too bad for them.