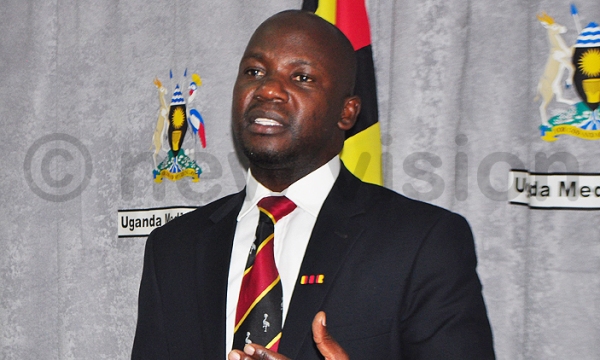 Today in a light moment, the Minister made it public that he would not seek another term after realizing that the people of Mityana North no longer wanted anything to do with him. “We sent him to parliament to serve and develop our region but to our surprise, he has been organizing stupid tournaments and festivals,” says Kiwanuka Abel, a farmer in Mityana. “We have been seeing him on TV organising funny festivities. Rolex and miss curvy yet our farmers need fertilizers and pesticides,” he adds.

Sources however say the Minister was not ready for a political embarrassment from the young National Unity Platform party candidate, Kintu Fred who has a formidable force behind his bid. Inside reports say Minister Kiwanda feared what had happened to Mityana woman MP also fellow minister, Judith Nabakooba who was booed by People Power supporters as she tried to give a speech. Fearing of facing a replica of similar events, Minister Kiwanda called a press briefing at his home in Mutetema, Kalangaalo sub county in Mityana and announced he was not seeking another term.