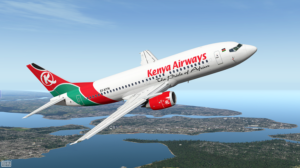 Tanzania has banned three more Kenyan airlines from its airspace as tension between the two East African countries escalate over the COVID-19 protocols.

The move by Dodoma came after Nairobi maintained Tanzanians have to quarantine for 14 days before being allowed entry into the country.

“Reference is made to the approval for your summer schedule application extended to Air Kenya Express. The approval was granted to Air Kenya for schedule flight operations between Nairobi and Kilimanjaro with effect from March 27 to October 25. However, we regret to inform you that this approval is hereby nullified,” TCAA director general Hamza Johari said in a letter.

TCAA said KQ flights were being banned “on a reciprocal basis” after the Kenyan government left out Tanzania in a list of countries whose passengers would be allowed to enter Kenya after resumption of flights following the outbreak of COVID-19.

“Tanzania has noted its exclusion in the list of countries whose people will be allowed to travel into Kenya.The Tanzanian government has decided to nullify its approval for Kenya Airways (KQ) flights between Nairobi and Dar/Kilimanjaro/Zanzibar effective August 1, 2020 until further notice,” Hamza wrote.