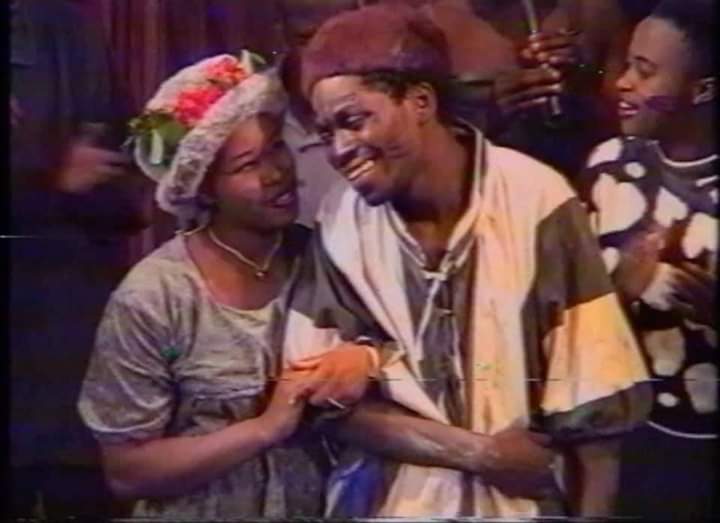 It looks like the dramatist in the musician-cum politician, Robert Kyagulanyi Ssentamu alias Bobi Wine has never faded off. This follows a weekend special drama he is set to replay for his audience to reminisce about the golden old days he and Barbie had as a young fictional couple that would later make their dream come true and today are considered an inspiration to a plight of young people.

Bobi who is now an icon in the politics of this country is apparently seeking to unseat the elderly Ugandan tyrant and this he believes can be realised through the People Power political vehicle dubbed the National Unity Platform party.

Bobi and Barbie a couple of days back have just celebrated their 9th wedding anniversary. They have successfully built an empire together which includes a magnificent mansion based in Magere, Wakiso district and a strategically situated beach in Busabala, Kampala. The fruits of Bobi and Barbie’s love are four children whom they’ve bore as a couple.

Bobi now feels the world needs to know his story as a ghetto youth (rastafarian) who enticed a woman from a successful family and beat all odds to turn the 2000 stage drama into a reality.

In a brief Facebook publication, Bobi Wine eagerly keeps his fans on waiting mode and arrests their thoughts leaving many yearning to get back the Bobi Wine (who is not a politician) and enjoy some of his past skits as a dramatist. Bobi writes;

“Barbie Kyagulanyi and I would like to express utmost gratitude for the love you guys showered with yesterday on our wedding anniversary.
We sat down for the first time in 19years, to watch the play ‘LADY, WILL YOU MARRY ME?’ in which we performed together, this is how we met. I was acting as Mr Cat, the President and Barbie was acting as Lady Mouse the first Lady.
We thought we should share this 2hr long play with you right here on Facebook tomorrow at 4pm.”

While I took ages to grasp my lines in the script, Mr.Cat had his off the finger tips. He was a quick learner who swiftly and effortlessly pulled off the hardest monologues. Bobi Wine is more of an actor than a musician and you will agree with me when you finally get to watch “Lady Will You Marry Me?” Tomorrow at 4pm on his Facebook page.

Important to note is the fact that Bobi Wine back then was a student of MDD at Makerere University while Barbie was in high school at Bushenyi based Bweranyangi girls school.