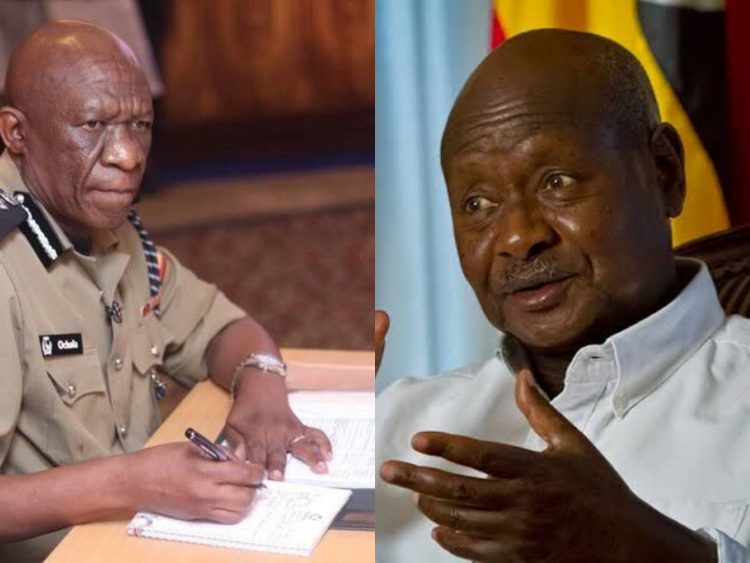 The Inspector General of Police, Martin Okoth Ochola has directed all Divisional and Regional police commanders to implement all the executive directives in the fight against COVID-19.

SEE ALSO: ‘My boys will come for you again,’Museveni warns MP Zaake

Addressing all police commanders in a statement dated August, 25 which is being distributed to all police stations across the country, Ochola wants the police to step in and enforce the covid regulations. He highlights mainly the dispersal of political rallies which the president in his Thursday missive emphasised to be the trigger of the complacency within members of the public. Ochola however urged his men to make use of photography and videography as this could be of great help in times of apprehending the involved culprits.

“Entertain no exceptions during enforcement of Covid-19 prevention guidelines. Serious action will be taken against errant commanders or officers who neglect to enforce the directives,” Ochola fumed in a written order.

Ochola also emphasised the strict implementation of 21:00hrs to 05:00hrs curfew which he stresses has been abandoned by the public. “The curfew time of 21:00hrs has not been fully observed and as a result bars, shops/arcades, passenger vehicles and private cars and pedestrians are operating beyond curfew time,” he notes.

Apparently, police officers have been deployed across all streets of Kampala to enforce the new directives. Members of the public encountered without a face mask are apprehended on spot and a liable for a three months remand to prison while Boda Boda cyclists and motorists are impounded on the spot and charged. Our reporter managed to sneak to Wandegeya police station where he noticed dozens of Boda Bodas impounded at the parking yard. “The orders are now clear, you face an urgent arrest without any mercy. We’ve been lenient in the past but things are now out of control,” said a police officer who spoke to this site.