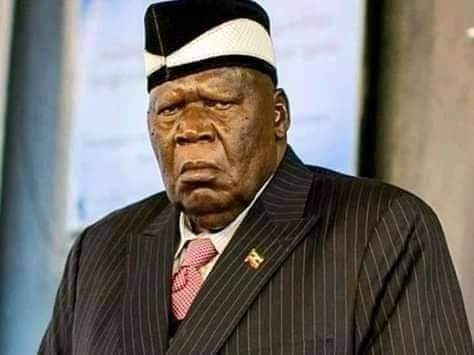 The first Deputy Prime Minister also veteran West Nile power broker for the NRA occupation, Gen. Moses Ali is reportedly struggling to retain his MP position as he stretches grip onto power for the fourth decade since he actively involved himself in politics.

The 81 year old is a born of the infant days of the world war II era in 1939 and has lived to actively serve in all Ugandan governments that have existed since post-colonial time. Reports say, the unrelenting Ali is apparently supported by his body guards who carry him to the rallies and hold him till he finishes his speeches. He man is visibly aged and cannot stand on his own. He is like an elderly lion whose teeth have withered out of the jaws and can’t hunt toothless.

Gen. Moses Ali served in the Idi Amin cabinet as the Minister for Finance, a position he used to enrich himself and stage a huge base in the Muslim fraternity, something that triggered trouble for him in April 1978 when president Amin sanctioned him to question his authority. An angry Amin threw a trashcan at Ali during the meeting as he accused him of embezzlement, gross corruption and mismanagement of the Central Bank. Ali would later fearfully sneak out of Kampala in his private vehicle and flee to South Sudan where he staged a resistance under the Uganda National Rescue Front (UNRF) which fought the Obote government that had eventually replaced Idi Amin. While in Nimule region of South Sudan, he struck a deal with the NRA bush war leader, Gen. Yoweri Kaguta Museveni and the duo combined forces to topple the Obote regime.

Ali has since lived to enjoy the fruits of his hustle to bring Museveni into power. At the age 81 and being a born of 1939, Moses Ali becomes the only individual of his generation to be a member of the tenth parliament. He is older than PM Ruhakana Rugunda, VP Edward Ssekandi, Kirunda Kivejinja, Sam Kuteesa and Abdul Naduli among others who are also struggling with old age.