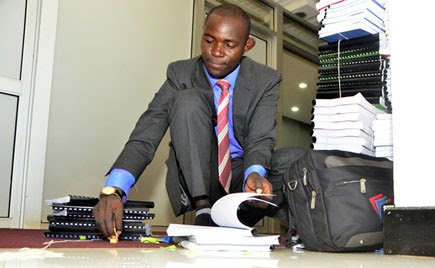 The Uganda National Examinations Board has come out to clarify on the academic credentials of presidential candidate, Robert Kyagulanyi Ssentamu alias Bobi Wine following Mabirizi’s inquest into how he could have sat at a much younger age and in a very short period of a year and half space between O’level and A-level.

Responding to lawyer Mabirizi’s complaint, the UNEB Executive Secretary, Odongo Daniel Nakorach says back then the institution had two sets of examinations for the UACE class after sudden changes to shift the March exams to November/December.

The Board also confirmed that Kyagulanyi Ssentamu studied and completed his academics from both Kitante Hill and Kololo S.S for S4 and S6 respectively as per the records in their archives. The board however failed to retrieve a photographic candidates form saying back then, they never had such a system.

Lawyer Mabirizi however says he will not relent on his battle to put the NUP candidate off the 2021 ballot. The controversial Mabirizi asserts that he is to now shift his goal posts on the age of Bobi Wine which he says deviates from what is on the parliament website. “Kyagulanyi Ssentamu lied about his age and this is something we must not take for granted given that he is fighting to occupy a public office,” Mabirizi stated in a consolation statement.