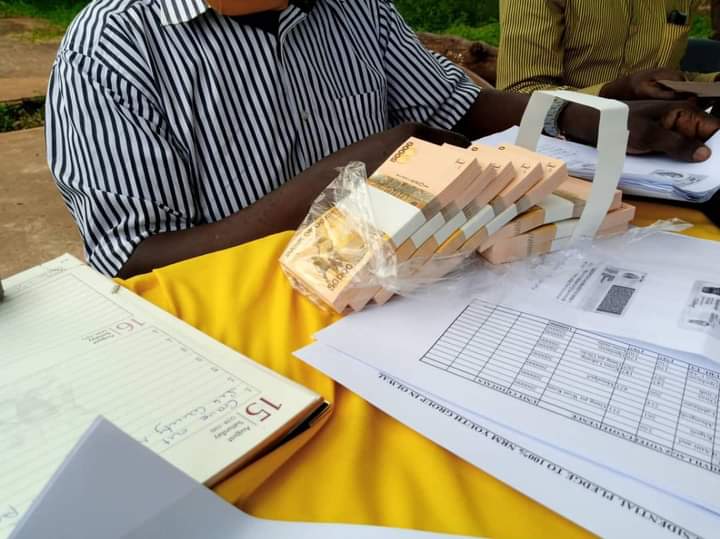 In a bid to extinguish their phobia of Bobi Wine and his growing revolutionary National Unity Platform party, the regime has deployed thousands of agents countrywide to comb through villages and issue out liquid cash to voters. It should be recalled that we earlier last month reported about a deal where part of the supplementary COVID-19 budget would be channelled to the NRM campaigns as the regime would now tax patients to pay for their own covid bills and this is already manifesting.

The covid cash deal was cut by the NRM party secretary general, Kasule Lumumba in a high profile meeting held at State house Nakasero on Sunday evening where she proposed that some of the donations should be changed into aiding the party candidates. A source close to the meeting revealed to this site that the party agreed to use about UGX 3 trillions on just bribing voters. “If Bobi Wine can raise UGX 1.1 trillion for his campaign, then it’s better to double our package,” the source told this site. “Every Ugandan will receive about UGX 20,000 to vote for Museveni and NRM candidates,” he adds.

Asked where the party could have got all this money, our source said it was withdrawn from the National coffers on August, 20 and the exercise had been witnessed by the Minister for Finance, Hon. Matia Kasaija. “This is already a done deal. Let’s wait and see who will have more money than the other. We shall buy each and every vote,” the source jokingly said. “You said Bobi has 1 trillion, let’s show him how the game is done,” he added.

Reports all over the country indicate that NRM mobilizers are already in villages, parishes and sub counties registering people’s names and contacts in what they term as the ‘yellow book’. People who voluntarily accept to be registered are given UGX 10,000 on cash and asked to also avail their mobile money number to be added an extra package when the polling kicks off. RDCs and district security teams have been urged to provide all the necessary support to the NRM mobilizers and save them from possible attacks from the opposition supporters.