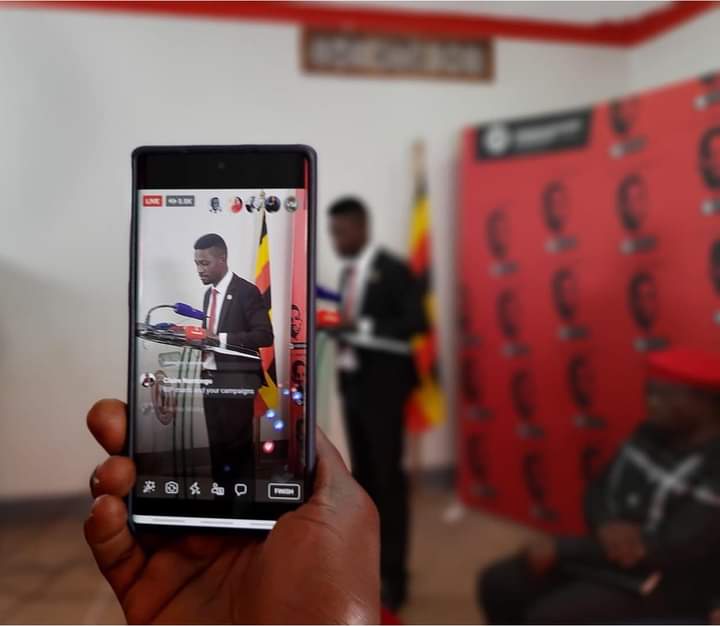 We have reproduced the exact statement issued by the National Unity Platform party presidential flag bearer, Robert Kyagulanyi Ssentamu regarding the arising controversy on his age and academic journey. Have a detailed first hand read below;

SEE ALSO: Bobi Wine lashes out at his academic stalkers

1. I was born on February 12th 1982 in Nkozi. My brother Julius Walakila, who I follow- same father, same mother, was born on 23rd October 1979 according to all his official records. There is no way I would be born on 12th February, 1980, only four months after the birth of my elder brother.

2. I started school in 1986 at St. Mary Gorreti Nursery School in Kamwokya.

4. For my P.2. I went to Kanoni UMEA (Uganda Muslim Education Association) in 1988. That is where I learnt reciting Islamic prayers that have stayed with me to-date.

While I was at Bukalagi in P.6, my father went and requested the Mr Kato, the headmaster of my former school, Kanoni Catholic School to allow me register and sit P.7. exams there. I therefore spent my third term of P6 in P.7. I registered there and sat for PLE in 1992.
My father was advised that in order for my age to match with that of other candidates who included my elder brother Julius Walakila who was sitting PLE at Bukalagi the same year, he needed to increase my age by two years. That is when my year of birth was altered from 1982 to 1980. Despite sitting PLE without studying P.7, I passed my exams well.

But I would continue with this anomaly in age throughout my education both at S.4, S.6 and university education. 9years ago, in 2011, my late father, J.W. Ssentamu talked about this story and the video recording is available. Similarly, 14years ago, in 2007, my elder brother Eddy Yawe was interviewed by the New Vision – an extract of which is available. He also spoke of how I skipped P.7 and sat PLE. The same fact is spoken of in previous different interviews by my elder brother Chairman Nyanzi. From as far back as 2008, I have done several interviews in which I spoke of this story.

Therefore, it was at the point of getting my first Passport in March the year 2000 that I decided to correct this anomaly in my date of birth to reflect the real which is February 12th 1982. I remember swearing an affidavit to reflect this change, which is what was required at the passport office at the time.
I saw some misguided people claiming that I changed my age at the time I was joining Parliament in 2017. No. All my records outside the academic documents since 2000 bear my true year of birth.

Regarding the arrangement and spelling error in my names, I swore a Statutory Declaration in 2017 as required by law, and filed it accordingly. It was the basis of my nomination as Kyadondo East Member of Parliament. At that time, I also applied for verification of my UNEB results and they were verified.

I hope this clarification brings comfort to all those well intentioned supporters and comrades who might have been worried about these schemes.
I have been a law abiding citizen who values and treasures integrity, my shortcomings here and there notwithstanding. If my legal team deems it fit to undertake any other steps to clarify these issues in light of the most recent jurisprudence, they will do so, and I will inform you friends accordingly. For now, we stand confidently right before the law and any other moral code! The detractors as we say, will die in their own movie!

8. Back to my education, when I proceeded to Secondary School, I went to St. Maria Goreti Katende in 1993 for my S.1. first term.

14. I was admitted to Makerere University for a Bachelors Degree of Social Sciences in 1999. I studied for the whole year (majoring in anthropology, political science and economics), but later dropped out of the course on account of lack of tuition.
I applied for a Diploma in Music Dance and Drama (MDD), Makerere University because I was aiming at getting a government scholarship and also because I had started picking a lot of interest in music and drama.

15, In the year 2000, I was admitted on government scholarship to study Music, Dance and Drama and I graduated in 2003.

The good thing is that for all my school life and for each of the schools I have mentioned, I studied with some people who are now prominent in society and hopefully some of them will one day tell the story.

16. As it is well known, in August 2016, I decided to go back to school- this time to pursue legal studies. I joined the International University of East Africa (IUEA) in Kansanga for my Law degree. A few months later when Cavendish University opened its law school in Kamwokya, I transferred from IUEA because Kamwokya was much nearer to my workplace (firebase) than Kansanga.

17. I also did a short course on Leadership for the 21st Century at Harvard, and I am currently enrolled at the Southern New Hampshire University for further studies.

I have had to put both my studies at Cavendish and SNHU on halt on account of the busy schedule and the ongoing persecution. God willing and time permitting, I hope to complete both courses at the right time.

By this time, I am sure the question on everyone’s mind is why I was always moving from one school to another. Well, I have told this story many times but let me repeat here that my life was a real hustle.