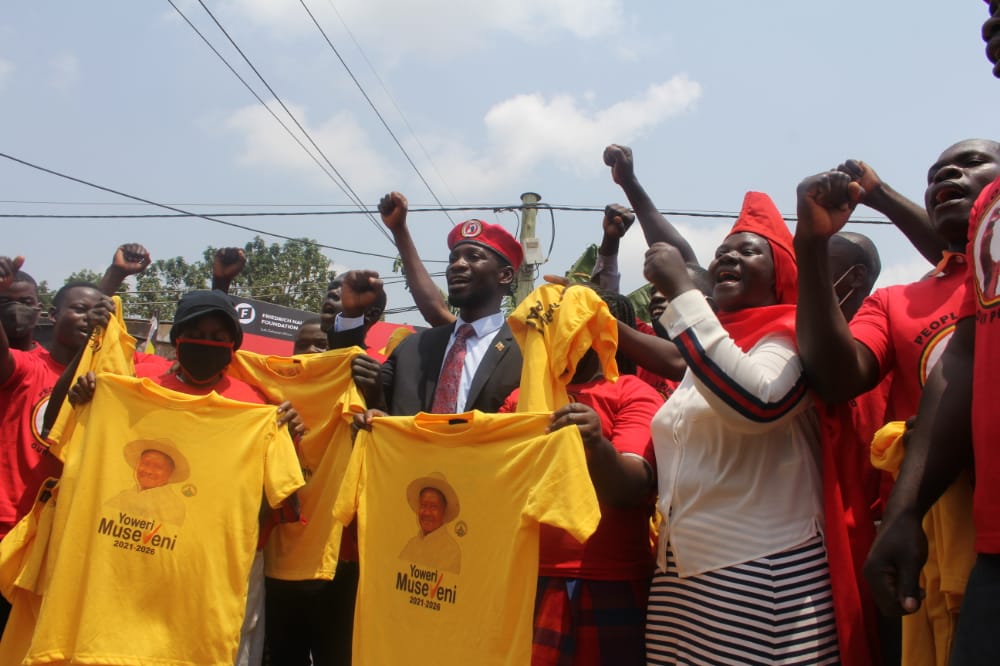 The ruling NRM party bigwigs have this Monday afternoon summoned an emergency meeting at the party headquarters to discuss the spiking defections of their youth members to Bobi Wine’s National Unity Platform party.

The meeting comes a week after a group of about 148 youths donned in NRM party tshirts officially announced their allegiance to Robert Kyagulanyi Ssentamu and his NUP party. To exhibit their utmost loyalty, the youths even put off their yellow shirts and submitted NRM party cards to Bobi and pledged to even mobilize for NUP in the looming 2021 polls.

The NRM secretariat is now seeking answers to the escalating defections that are now disapproving their reputable ‘mass party’ slang. In the meeting, the top officials blamed mercenaries like Full Figure and Catherine Kusasira who they say have played a huge role in demobilising the party youth structures. Political commentator, Tamale Mirundi blames the party for neglecting hardworking youths and instead award privileges and luxuries to new entrants. “When the young people see Kusasira and Full Figure driving brand new cars and carrying sacks of money, they feel detached from the party,” Mirundi says.

Mahad Kasozi aka Matugga who is a mechanic in Kawempe last week led a group of about 334 NRM youths and officially defected with them to Bobi’s NUP. He cited a span of grievances key among which was the fact that the party was not protecting the interests of the youths and instead values Museveni’s life presidency.

Political observers however contend that Bobi’s being a generational leader and a young politician attributes to his powerful mobilization skills. “Bobi Wine does not pay anyone to join him. His wave is natural, people come by themselves because they believe in his ideology,” says Onziema Peter. “If this election was not scientific, you’d see masses crowding at Bobi’s rallies. You’ve always seen it at radio stations where he goes for political shows,” he adds.