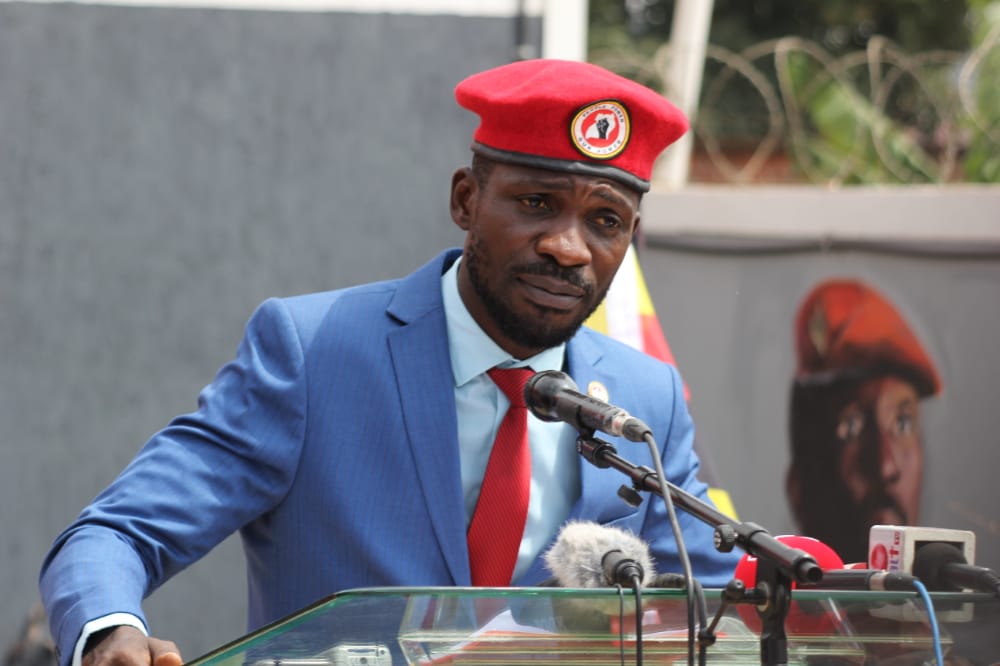 Bobi made this call at today’s morning presser while addressing the public. An embittered Bobi Wine lashed out at the Electoral Commission authorities for playing double standards as they have taken forever to release the academic credentials of Mr. Museveni despite a barrage of petitions lodged in by several lawyers since last week.

In the previous week, lawyer Muwadda Nkunyinji petitioned the EC to compel them into producing Mr. Museveni’s academic credentials used in the previous general elections. The EC has to-date never responded and yet it took just a few days for them to respond to lawyer, Mabirizi’s petition against Bobi Wine.

“I am aware that several lawyers have written to the EC regarding the academic papers of president Museveni, his wife and several ministers. You get already taken too much time to respond to their request than the time you took to release my academic papers,” Bobi said. “I am challenging you to release them with the same urgency since you claim to be acting independently within the law,” he added.