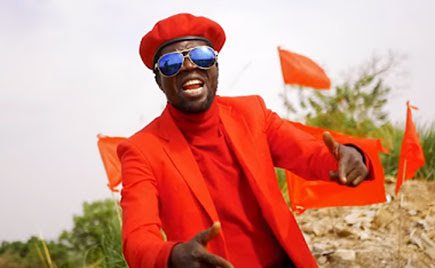 NRM’s Bosmic Otim has been ejected out of the party primaries after UNEB officially confirmed he failed miserably and scored poor UACE grades.

The Chua West MP contender for the NRM ticket, Lucky Bosmic Otim is in untold pain after the eventual disqualification from the primaries after the UNEB confirmed that he had miserably failed the UACE 2019 examinations.

SEE ALSO: UNEB was bribed to alter my results-Bosmic Otim

On August, 26, Mr. Ocaya Charles, another contender for the Chuwa West NRM party flag petitioned UNEB to produce the academic credentials for his opponent, Otim in a quest to establish whether he politically qualifies for the seat. The board today in a response approved that Otim did not even qualify for the reward of the UACE having miserably failed all the subjects. We could not get Bosmic in a phone call but his agent says, he is not in good health at the moment. “We will respond in time. This is just politics. Our enemies are attacking but we shall silence them,” says Gavin Lapoti. “Hang on, we shall respond in a presser tomorrow,” he adds.

Lucky Bosmic Otim, a legendary Northern Uganda music icon came to the spotlight when he defected from his coordination roles under the People Power movement in a deal where he scooped millions and a brand new ride. He was also promised an assured NRM ticket as long as he would complete his UACE and excel. Surprisingly, UNEB hit the last nail to Otim’s coffin when they declared that he had miserably failed the UACE. Otim in a defensively response denounced the results and accused his ‘haters’ of compromising UNEB to alter his results.