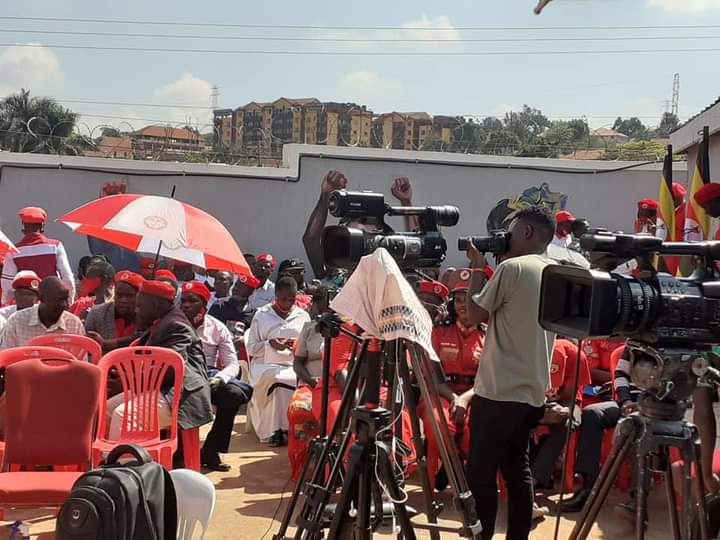 Another big harvest as dozens of prominent city pastors and religious leaders officially join the NUP. The delegation of pastors was received by the party spokesperson, Joel Ssenyonyi who appreciated their decision to finally side with the oppressed.

While receiving them, Joel Ssenyonyi commended them for choosing to spiritualise the struggle. “The religious leaders will pray for our journey as we take on this dictatorship. We believe their joining will spiritualise our struggle and strengthen us,” he said.

The situation at the NUP was today filled in the spiritual realm as the religious leaders prayed for Bobi Wine and his supporters plus the nation at large to have a peaceful transition. “It is only God that will peacefully rescue the nation,” the leaders emphasised in a prayer.

They prayed for the NUP presidential candidate’s political journey and urged him to remain consistent to the core cause regardless of the trials and tribulations.

After the presser the pastors were called for an off camera meeting with the party spokesperson, Joel Ssenyonyi and the Executive Secretary, Lewis Rubongoya as the secretariat sought to tap into their decision to join the NUP/PP. The engagement was still ongoing by the time of filing this report.