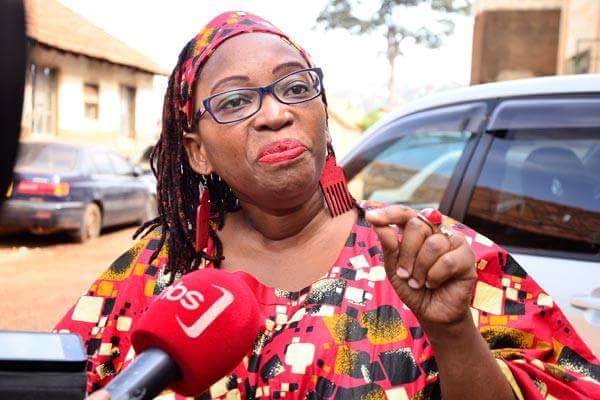 Outspoken queer rights activist and Kampala woman MP nominee for the FDC ticket, Dr. Stella Nyanzi has lashed out at veteran radio journalist, Basajja Mivule Nsolonkambwe over his Monday defection to the NRM.

In a morning presser held yesterday in Ntinda, Basajja Mivule made it official that he had joined the ruling NRM party in a mouth watering deal brokered by events promoter Balaam. “I am joking Museveni and I will help him destroy Bobi Wine and his kingdom” Mivule said in his statement.

Stella Nyanzi in her usual writings has officially stung the ageing journalist for making a myopic decision. “Basajjamivule, I totally understand your pain,
But I don’t understand why you sold your soul to the devil. It is painful to be insulted by newbies in the struggle, But it is an insult to the struggle to cross over to dictator Museveni,” Nyanzi lashes out at Mivule in her poetry.

She further finds it taunting that a veteran like Mivule is now a subject of mockery from new entrants in the struggle. “It stings when the leader of the newbies is silent about your character-assassination.
But it is betrayal for you to willingly bend over for rape by dictator Museveni,” she writes.

In another line, she recounts the torture Mivule could have experienced while in incarceration but finds it difficult to believe when the same Mivule is now siding with his tormentors. “It is sad to receive no tribesmen-visitors carrying food for you in jail,
But it is self-defeating to run full throttle to the poisoned breast of the beast taunting our country.”

In the flamboyant deal, Basajja Mivule was promised a whooping sum worth UGX 250m but reports say he has already pocketed 50m and the balance is to be disbursed this month. Mivule agreed to regularly pelt verbal attacks to demonise Bobi Wine supporters in his weekly media appearances on the mainstream and his online platforms.