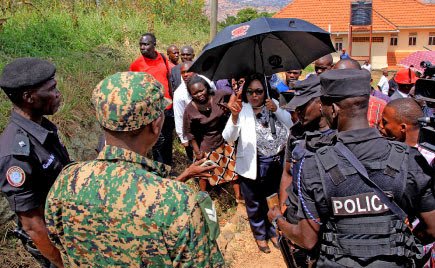 On Wednesday in a verdict, a panel of high court declared Bamugemereire’s land tribunal illegal and directed that it is disbanded with immediate effect.

“The Land Commission of Inquiry cannot hide behind the provisions of the Commission of Inquiry Act to justify its exercise of judicial power. This is because the said Act has to be measured against the Constitution, which is the supreme law of the land. If any law is inconsistent with any of the provisions of the Constitution, that other law shall, to the extent of inconsistency, be void,” the judgement read.

The famous justice Bamugemereire land Commission has been dethroned and disbanded following a string of judgements in which it has rescued people’s land from government Mafias and state house officials who had illegally seized control of chunks of lands.

Justice Catherine Bamugemereire came to the spotlight in 2017 when president Museveni crowned her a juicy position of heading of a land tribunal that was to mediate in land conflicts around the country and answer the wails of the plight following elevating nationwide evictions. Throughout her work, Bamugemereire has faced harsh criticism from top officials, some of whom are linked to president Museveni as relatives. In 2019, she was even embarrassed and nearly shot at when she had gone to mediate in a land conflict in Mutungo where a top UPDF officer dispatched his brigade to shoot at her if she could not vacate.