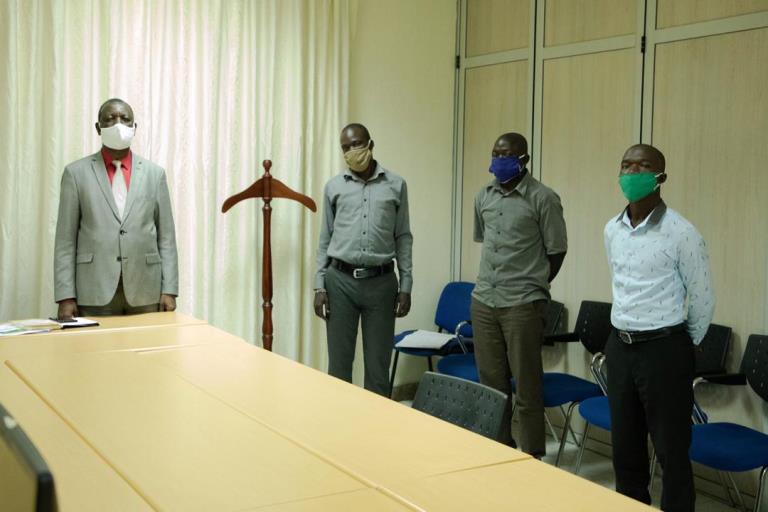 On Tuesday, September 1, the Internal Security Organization boss through one of the pro-regime online blogs published a story in which they alleged that a group of National Unity Platform party coordinators in Acholi had confessed to be conducting rebel activities with the intent of overthrowing Museveni’s 35 year old empire.

Our attention was drawn to the barrage of lies packaged in the story whereby the authors claimed the defectors had even claimed to have been receiving funding from the NUP secretariat and the principal himself.

Out of curiosity, our reporter successfully reached out to one of the said ‘defectors’, Lakel Moses who gave us his account on what exactly ensued on that tragic day the story leaked out to the media.

Mr. Lakel, an ardent supporter of NUP says he was contacted by an anonymous contact number just a day after winning the chairperson slot for his village in the recent Youth polls. “I was engaged by a strange phone call from a stranger who introduced herself as a one Shamim Akello,” Lakel reveals. “She identified herself as the personal assistant to the head of ISO, Kaka Bagyenda,” he adds.

He adds that he was asked to mobilize all the NUP victors who had swept the Acholi youth polls as they were to meet the ISO boss at a later date and explain why Bobi Wine is gaining peak in the North. “I was tasked to schedule a meeting with other NUP winners and indulge them in a later discussion with Kaka who was to travel to Gulu himself,” he says. “We later meet him on Wednesday last week and he instituted a probe into how Bobi was winning the Northern region,” he says.

In their closed door meeting, they were asked to keep away their phones as everything that was to be discussed would remain confidential. Lakel says Kaka was visibly bitter and angry. He urged them to either defect from People Power and join NRM or else be ready for what awaits them ahead as the movement had been ‘outlawed’ by the Museveni government. “He told us People Power is itself an unconstitutional rebel outfit that they outlawed and had their beret degazetted,” says Lakel. “We were urged to surrender and settle into productive ventures like farming and businesses,” he further says.

The youthful leader says he notes that the ISO boss, Kaka is simply witch hunting the People Power and the person of Robert Kyagulanyi Ssentamu alias Bobi Wine in a bid to inflate his budget and show accountability to Mr. Museveni. “These people want to inflate the situation and broaden their budget,” Lakel says. He also says he observed that Kaka holds an individual vendetta on Bobi Wine as he deems NUP to be a Buganda outfit, a tribe he hates with all his heart. “Kaka confessed to us that he has always been anti-Buganda. He urged us to mind about our Acholi and leave NUP/PP for the Baganda,” he adds.