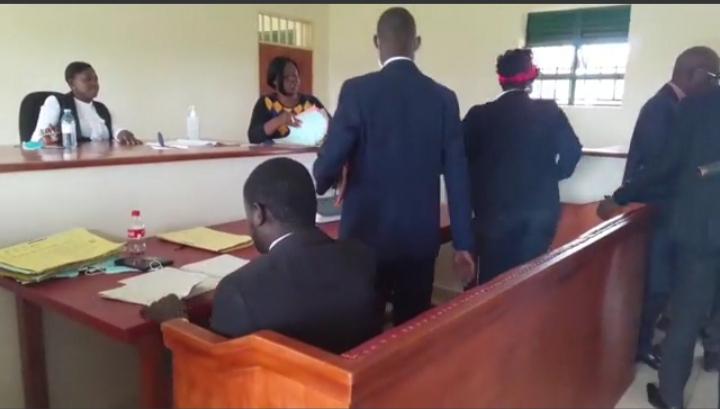 Today was the trial date for the outspoken Nakaseke South legislator, Luttamaguzi Ssemakula who was last month arrested and detained at Kitalya for allegedly flouting covid guidelines. The trial date was nearly adjourned as the magistrate decried lacking electronic gadgets to support a virtual trial

The hearing which was slated to happen this morning at 11:00hrs nearly came to a halt after the Nakaseke court magistrate sought an adjournment on grounds that her courtroom was electronically incapacitated to sustain a virtual session since Luttamaguzi was not physically produced. In some of the proposals, the magistrate recommended that the accused should be tried at a later date in Buganda road court which is the pioneer of the video link virtual courtroom that started with the Stella Nyanzi and Bobi Wine OTT cases. “We do not have the gadgets to support this trial. I request for an adjournment and a transfer to Buganda road court in Kampala,” the magistrate requested.

On hearing this disgusting proposal, one of the Ekyooto journalists volunteered to sacrifice his laptop and internet reuter to assist the hearing. “We understand that the judiciary as an institution is also marred with corruption scandals that cannot sustain these electronic trials because it all requires a budget,” said one of the Ekyooto journalists. “However, this would be unfair for the accused since the date was slated for today. Allow me sacrifice my private gadgets to aid this court session,” he requested and the magistrate agreed.

During the trial, Luttamaguzi and 23 others were virtually arraigned and tried. Among the arrested were children below the age of 18 who have been in state custody. On inquiry by Luttamaguzi’s lawyer who wanted to know why the underaged were incarcerated, the state prosecutor told court that the laws have changed and now anybody beyond age 12 can be tried. Apparently, Luttamaguzi is out on bail as the investigations continue. We shall divulge more details as we follow up the matter.