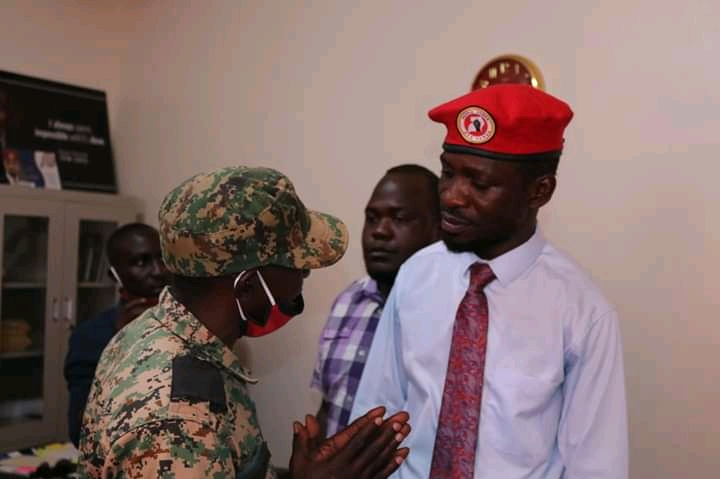 President Yoweri Kaguta Museveni who doubles as the commander in chief of all armed forces in Uganda has urged Ugandans who support the opposition to desist from involving ‘his army’, UPDF from their political discussions.

Museveni’s remarks follow a recent debate about the general set up of the UPDF where it was established that most of the high ranking commanders are tribesmen from Ankole and the western region. Museveni disagreed with this talk and deemed it petty. According to reports, Museveni has already instructed the police to use its cyber unit to trace down People Power supporters who are allegedly sharing lists of high ranking UPDF officers on social media platforms.

“I strongly warn my colleagues in the opposition to leave my armed forces especially the army out of their circus issues of tribalism and sectarianism,” Museveni fumed. . “Such people should leave the army out of their nosense because the NRA and UPDF are armies of sacrifice who put their lives on the line,” he added.

The Commander in Chief further warned that one cannot go to social media and demand for the list of the UPDF personel, their ranks and jobs unless he is working for the enemy. The chairman NRA High Command adds that he and his army will not bend down for any one or be held at ransom. He concluded by urging Bobi Wine and his supporters to leave the army alone if they still want peace with him. “I mean my word and whoever tries to bring any form of political unrest will be destroyed,” Museveni warned.

It should be recalled that in August, a retired soldier visited the NUP offices and pledged his loyalty to Bobi Wine and the NUP ahead of 2021. He has since been court martialed and apparently incarcerated in Bombo military barracks pending trial.