DOCUMENTARY: Makindye where military ruled a ‘no go’ for NUP 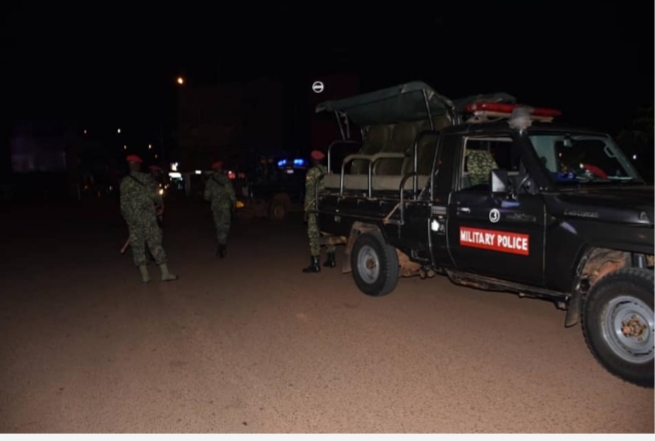 Makindye is one of the only urban areas where there is a heavy military presence on the streets. In this division lies a military barracks that was constructed by the past Idi Amin government and history has it that it was gazetted to specifically handle political activists (prisoners) and the dissent who never agreed with the incumbent regimes. This facility during the Idi Amin times was used as a holding facility where political prisoners would be detained and even martialed and killed as the supreme leader willed.

Fourty years down the road since the fall of the rogue Idi Amin, a replica of the Makindye barracks terror is visible in the repressive Yoweri Kaguta militaristic Junta. The Makindye military barracks is transiting back to its original executions after reliable sources revealed that even to-date, a great deal of politicians and activists are being incarcerated from this facility.

The rise of Robert Kyagulanyi Ssentamu whose political base is largely youths has shook up the regime and compelled it to commit several degrading atrocities. In 2018 after the Arua byelection, Bobi Wine himself was held captive at this very facility and tortured beyond recognition as revealed in a write up published by the NUP Executive Secretary, Lewis Rubongoya who was chanced to have been among the few to see the defaced legislator who back then faced treason cases.

As the elections draw inches closer, there is already impending tension in Makindye division with the military police officers outlawing the presence of Bobi Wine’s National Unity Platform party. On Tuesday, they proved a point when they plunged into homes of NUP youths just a day to the polling at parish level. Musiri David who coordinates this jurisdiction for the NUP decries the taunting unleashed by the military officers who keep calling on his phone to trace his whereabouts. “I’m on their watch list. They told me to surrender the People Power coordination if I still want peace,” David says. “The military already has a side. People Power supporters are arrested for just wearing red berets here in Makindye. As I speak, four of my colleagues are in military custody because on Monday, they were found wearing red overalls,” he sadly adds.