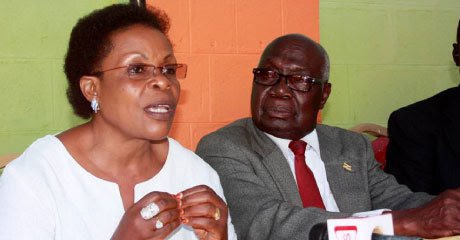 A document believed to be a private political Memorandum of Understanding between Minister, Betty Kamya and Katongole Singh is already making rounds on social media.

In the document signed by the two parties, a whopping price worth UGX 550m is what Minister Kamya slaps before Singh’s face to ask him to bow out of the NRM primaries. The closed door engagement is seen off by three other sureties (power brokers) led by Justine Bukyana.

“I Hon. Betty Kamya hereby agree with Mr. Katongole Singh, Justine Bukyana, Ssebunya Sulaiman, Kayanja Ddumba on the matter of selling to me his(Singh’s) position (Lubaga North) and all the supporters. We have agreed a UGX 550,000,000 for him to withdraw his candidature,” reads the document translated from Luganda language.

The same document says the two had already sorted themselves after the Minister disbursed part of the money to Singh and his associates. “I first deposited UGX 300,000,000 in the time of COVID and today (30/07/2020), Thursday at 16:00hrs I bring the last batch of 150,000,000 for the sureties and brokers (Bukyana and group). I don’t owe them any coin and I’ve not been forced to this,” the Minister explains in the agreement.

It should be noted that whereas Betty Kamya insists to be a member of the NRM, she still wields power in her own Uganda Federal Alliance party, a thing that annoyed supporters of the former, prompting them to petition the NRM EC challenging her nomination. Double party subscription contravenes the Uganda political parties and Organisations act which prohibits belonging to two or more political formations at a go.