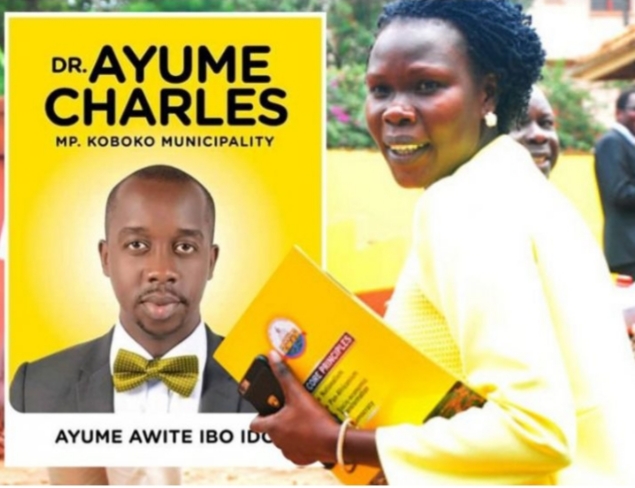 The State Minister for Finance and investment, Hon. Evelyn Anite has topped the list of prominent Museveni ministers that have been trounced in today’s NRM party primaries.

Anite, who is largely remembered for her pro-age limit remarks of we have the ‘majje’ (army) miserably lost to Dr. Charles Ayume, a son to the late solicitor general, Francis Ayume who died on a car crash along the Gulu-Kampala highway in 2004.

Moments before the polls, Hon. Anite had anticipated a landslide victory of about 80%. “There is nothing like a tough race. What I expect out of the election is winning by 80%. If you have hate because of love, passion and work of Anite because my progress, close your eyes because it is very dangerous for you. You will collapse for nothing,” Anite said in a local media interview.

Sources however say Anite’s loss is widely attributed to her arrogance and failure to deliver for not just Koboko district but West Nile at large. Instead of serving her electorate who mandated her to deliberate on their behalf, Anite naively fought Robert Kyagulanyi Ssentamu alias Bobi Wine and his People Power movement as she swore to Museveni that the red beret would not cross to her region.

In her concession speech, Anite decried a spate of irregularities which marred her election. She accused the opponent of ferrying non party members. “I can only point out these malpractices. These elections should have been postponed. If the right thing was done, I could have won,” Anite said.

Dr. Ayume has however asked Anite to return as an independent candidate if she feels the primaries are not enough for her to concede. “She can come back as independen and I defeat her again,” Ayume said. “Instead of rallying behind me and we work for the party, she is cursing,” he added in a local radio interview.