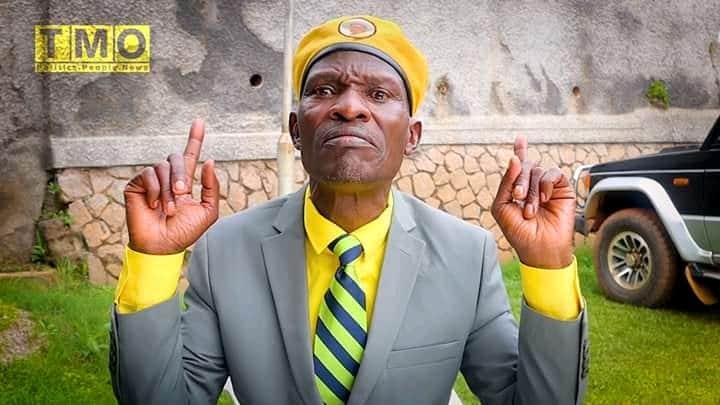 Former senior presidential press secretary, Joseph Tamale Mirundi has scoffed at the NRM secretariat for panickingly buying out what he termed as ‘puppets’ who cannot add anything to the party.

SEE ALSO: Bobi has no time for fools like Bajjo-Tamale Mirundi Jr

Mirundi’s bitter remarks follow last week’s recruitment of veteran journalist Basajja Mivule and events promoter Andrew Mukasa alias Bajjo who were unveiled by Balaam Barugahare as new members of the party. Speaking bitterly on the pearl FM airwaves this Saturday morning, Mirundi lashed out at Museveni for buying what he described as ‘idiots’. “Who is Bajjo? What impact does he have?,” Tamale Mirundi asked. “What secrets does he have? I hear he claims to be knowing Bobi an inch deep! This is just a failure with nothing to add to NRM,” he added.

Mirundi further discredits Museveni’s advisors for misleading him into purchasing very lousy fellas. “Who in their rightful mind can buy Bajjo? In my view, Bajjo is just worth 2k,” he says. “Anybody sensible can’t buy such a fool,” he adds as he laughs at Balaam.
He further brags about being the last man standing who could single handedly handle Bobi Wine and his People Power movement. “Bobi Wine is handled by experts, not fools like Bajjo,” Mirundi says. “If Bobi Wine is weakening, why then are you talking about his academic documents?”, he asked. “This is what we call reverse psychology! Bajjo has no substance,” Mirundi adds.

He however urged Museveni to recruit people of substance, not the Full Figures and Basajja Mivules who destroy the party legacy. “When you’re defending government, you have to defend its policies, not being abusive. Insults don’t defend government! Full Figure, Basajja Mivule and Bajjo have no impact,” he said.

Mirundi also warned NUP high command to be suspicious of Abitex whom he claims to have sold out to the regime. “Abitex was brought and paid UGX 600,000 and he ran away on a Boda,” Mirundi was quoted saying.

On Daniel Kazibwe alias Ragga Dee’s Lord Mayoral ambitions, Mirundi says he can only only win in his own city. “Ragga Dee can be a Lord Mayor in his own city maybe. He is just chasing after UGX 3 billion from NRM, nothing more,” he says.

He also added that Mivule should have been paid to shut up instead of being deployed. “You should have given Basajja Mivule money and asked him to shut up because he won’t add anything. You replicate his past clips and compare with the current,” he said.